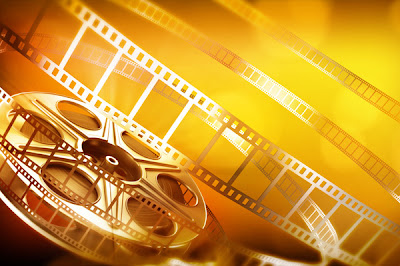 Over all it was a bit of strange year for films, devastating US economic downturns made it the poorest box office season since 1996. A bit more of a handful managed to peek out past a crowd of clambering comic book adaptions, dueling robots and cliche-ridden rom-coms.

Here is a brief look back at a few of our favorite films of 2011 (listed in no particular order).


Depression and Opulence at the end of the world reign supreme in controversial Danish director (and personal hero) Lars Von Triers' science fiction drama Melancholia. It's a  film that finds hope in the hopeless, a stunning use of the opera Tristan and Isolde and the best performance of Kirsten Dundst (Virgin Suicides, Marie Antoinette)  career as an emotionally ruined bride Justine opposite powerhouse Charlotte Gainsbourg (best actress winner at Cannes for Von Triers' previous film Antichrist). Rounding out the cast that is packed to the gills with talent is both Alexander and Stellan Skarsgård, Charlotte Rampling, Kiefer Sutherland, Brady Corbit, and John Hurt


Ewan McGregor and Christopher Plummer star in Mike Mills' second film (following his solid debut Thumbsucker) a semi-autobiographical love letter  to romance, to fathers and sons and to living life in the face of fear. Inglorious Bastard's face of Jewish vengeance Melanie Laurent gives a rapturous performance as a french actress on location in the states who meets a grief stricken Ewan McGregor and Arthur (played by Cosmo the Jack Russell Terrier in an awards worth performance) Bouncing back in forth in time we meet Christopher Plummer a widower-father who at the age of 75 comes out as a gay man and looks for love in a strange new world only to quickly discover he is dying of terminal cancer. It's a film of extreme emotional restraint and tender beauty. Possibly a perfect film.

The Girl With The Dragon Tattoo (dir. David Fincher)  USA

Okay... so an English language remake of a Swedish film based on a Swedish novel that is less than two years is absolutely unnecessary- much like last year's surprisingly good Let Me In (remaking the superb Let The Right One In) No one, no matter how good, can match the ferocity of Swedish actress Noomi Rapace (in a star making role that has led to the highly anticipated Prometheus) bringing Lisbeth Salander to life the first (three) time around but Rooney Mara does an admirable job pinning the character with a younger vulnerability to match her intensity and closed off brilliance.While the some of the content is toned down slightly and tweaked for better flow the film's cinematography and direction are nothing short of sumptuous. It's exactly what you'd expect from David Fincher, and his fine cast of Daniel Craig, Christopher Plummer (again) Robin Wright and Stellan Skarsgård. The score from Nine Inch Nails rocker turned  Oscar™ winner Trent Reznor and Atticus Finch (Fincher's The Social Network) is nothing short of gorgeous. It's easy listening in an icy hell.

Arguably one of the true standout films of 2011 Weekend tells a deceptively simple story of two people who meet, have sex and hangout for one weekend in their lives. That the two people both happen to be male is largely irrelevant as the emotional weight and relevance of the film transcends all boundaries.  Chris New and Tom Cullen give performances that are so raw and devastatingly honest that you don't know whether to cry or cheer or both. It's present tense documentary -like approach grabs hold of the viewer and expresses the longing and fleeting beauty of love, lust and attraction as well as the turmoil and fear it brings. Highly highly recommended.

With maddening glee Troll Hunter steps up and renders all other mockumentary horror films useless.  The tale of a documentary team following a scoop in the wilderness sounds similar to the groundbreaking and instantly redundant Blair Witch Project, but that is where the similarities end. Troll Hunter is a wildly entertaining tale of secret agencies, real life giant Scandinavian trolls, faked bear deaths and inventive effects. Solid performances abound, exhilarating action sequences, great creature effects and humor turn this into an instant classic. A true gem of modern genre film making, a film that remembers to be fun and entertaining in a year full of darkness.


Rise of the Planet of the Apes (dir. Rupert Wyatt)    USA

A reboot to a long dormant series (Tim Burton's remake notwithstanding) has absolutely no business being this heart-wrenching, thought provoking well acted and technically innovative. How is it that one finds themselves typing Rise of the Planet of The Apes is one of the best films of 2011??? But it is. Over all 2011 was a fine year for genre films, particularly science fiction. James Franco, John Lithgow, Frida Pinta, Brian Cox- all pale in comparison to Andy Serkis' motion-captured performance as Caesar, a hyper intelligent ape born of tragedy and human experimentation. It's a thrilling moralistic film that is a crowd pleasing as it ambitious. Serkis' performance is being lauded by critics even though he is technically "animated" and has been nominated for numerous awards including a Golden Globe for best supporting actor and considerable Oscar Buzz. A really great piece of smart commercial film making.
Posted by Andrew klaus-Vineyard at Sunday, January 22, 2012