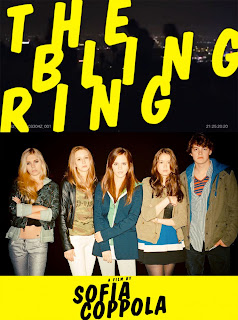 Easily one of the best American directors working today Sofia Coppola has returned to the screen with "The Bling Ring", her follow up to the subtle and sublime  "Somewhere" (which was also set in contemporary Los Angeles). And based on the trailer we get a shockingly energetic blast of L.A. from a director who's beautifully composed casualness and subtly have come to define her pedigree.

The Bling Ring explores the true story of a group of LA teens who crash parties, befriend  reality celebs and then rob them blind.  Emma Watson (Perks of Being a Wallflower, Hermione mother fucking Granger from Harry Potter) and Taissa Farmiga (Violet from American Horror Story:Murder House) star along with Leslie Mann,  Gavin Rossdale, and Erin Daniels (YAY!)
Expect an immpecably curated soundtrack to follow.


The Bling Ring sadly marks the passing of the brilliant cinematographer Harris  Savides (a personal hero of mine in the field).  Harris Shot some of my favorite films including  Johnathan Glazer's disturbing  and seductive Birth; Gerry, Elephant, Last Days, Milk (among others) for Gus Van Sant, Zodiac and The Game for David Fincher, films for Noah Baumbach and Woody Allen and music videos that still resonant (Mark Romanek's Criminal for Fiona Apple for example)