Bear with Me: Body Fascim, Body Diversity and Homogeneity 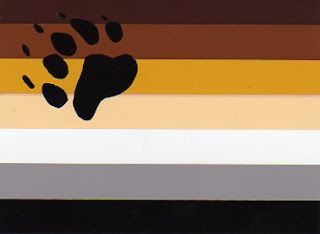 Everyone wants to “look good” and ”fit in” whatever that means to each individual.
Attracting a mate on visual aesthetics alone is unwise but let’s all be honest- it’s
what first impressions are all about-that strange intersection of pheromones,
attraction, and fantasy. As the LGBT community merges with the mainstream
one of the greatest glaring examples of the dangers of assimilation is how the
minorities mirror often the worst aspects of the majority. Gay men are subjected
to nearly as much media propelled body fascism as young women in America. 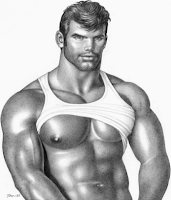 The hyper masculinity of mainstream gay porn studios, the waxed, tanned and toned underwear models populating adverts in our magazines, men hitting the gym striving to achieve a superhero physic because with so few examples of gay life they become ostensibly clones of one particular look: a sort of Tom of Finland meets Charles Atlas. The lack of body diversity in mainstream gay media is hard to avoid. Our self reflected image is buff, hyper masculine groomed (and by and large
Caucasian) A recent survey conducted by Centre for Appearance Research and the University of the West of England found that the 48% of gay men questioned would agree to die 11 years early in exchange for a better body today. If we fantasize about shaving more than a decade off life expectancy for bigger muscles and a slimmer
waistline then this is clearly symptomatic of our own destructive insecurities.

Here in our perpetually drizzly and rabidly politically correct ‘burb of
Portland we have widely embraced the supposed flipside to the mass media image:
Big, Hairy, and Beautiful-the Bears. These anti-fashion factions of heavyset guys
seem to break the mold and provide a safe space and a helpful alternative to the
clone culture. But as with all in-groups, even subcultures like the Bears what started
out, as a form of freedom can frequently become its own form of fascism. Look on
any gay dating site and you’ll see (along rampant racism, questionable measuring
skills and the death of English spelling) a strange phenomenon taking shape. In the
happy-go-lucky subculture where the working class white America aesthetic has
taken hold as a sort of uniform, the victim has become the victimizer.
These gay men are bulling other gay men for not being manly enough, in
effect for being too gay. We are not talking gender-variance discrimination here,
no here we are talking middle-age men acting like middle school bullies, espousing
hetero-centric conservative ideals of what masculinity is and should be essentially
name calling those who don’t match their own beauty standard as “Too Skinny/
scrawny/twinky” “not man enough, too smooth, too boyish” and most offensively as
being “too faggy”.

So often the LGBT community is taken to task for being shallow and youth
obsessed because often, we are- as is most of America- gay or straight. It’s simply
a by-product of our capitalist Western culture and ad-revenue driven media, no
judgment here, that’s just a factor in our worldview. But in our drive to create
chosen families and communities for ourselves as LGBT individuals something of a
disconnect is frequently occurring. Self-segregation is still segregation. In creating
a space where heavy hairy handsome men can feel beautiful, fat acceptance easily
turns into it’s own form of body fascism. No one likes to be called fat so why do so
many of these fellas feel it’s perfectly acceptable to throw off on the appearances of
others?

In theory and often in practice Bears are great. We need more body image
diversity in queer media, that’s for certain But offering up exactly three modes for
being Skinny/Twink Youth, Masculine Butch, and Bear gay men in America are
being shown the way to be is white, butch and – no, just white and butch. These out-
moded forms of masculinity hold our community back. The great cultural icon John
Waters jokingly stated “Don’t come out to your parents as a bear, they don’t need
to know THAT.” He went on to riff about the subcultures ever growing list of pun-
y terminology “hus-bear” “significant otter” but there was a point he was making.
Your personal fetishes do not make you who you are. 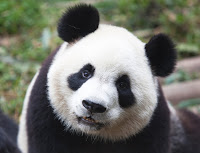 (Side note: calling an Asian Bear “Panda” is racist. It’s ethnocentric ignorance, Pandas are found in China- not every guy of Asian decent is Chinese and also, some scientists believe pandas are not bears but ancient relations of raccoons…I digress)
As we asked to be allowed to live and let live we are shunning our own creating insular exclusionary pseudo-societies that fraction off the larger queer community. Everyone wants a place to feel a sense of family, but as with our biological and adoptive families we must learn to accept the many differences between us and love each other for them, flaws and all. We are all in this together.
Posted by Andrew klaus-Vineyard at Monday, February 25, 2013