Amanda Palmer and the Grand Theft Orchestra "Theatre is Evil" 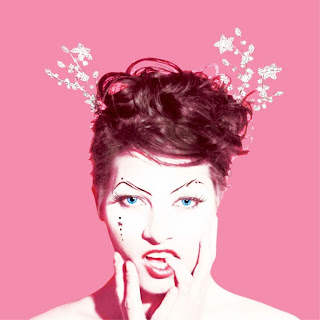 
Her latest venture, a new solo album witha new backing band The Grand Theft Orchestra.  Theatre is Evil  is a  a steller surprisingly new wave flavored follow up to the gorgeous Ben Folds-produced Who Killed Amanda Palmer?
Funded entirely from Kickstarter and her Twitter obsessing fan-base AFP is walking the walk not just talking the talk- she's on her own label. Booking her own tours making art,supporting other young upstarts and inspiring other artists to do so as well. Her Amanda Palmer Goes Down Under record introduced the world to a fist full fo amazing indie acts from Australia/New Zealand/Tasmania.


Theatre is Evil is boisterous  loud and epic in scale. Giant drunken sing along tracks sidle up to fast paced snarky pop songs and the mid section of the album is peppered with two of the best, most heart wrenching ballads of Amanda's impressive career (including her time in The Dresden Dolls)  Trout Heart Replica is a stunner and easily one of the best tracks of the year that won't get airplay.  The other stand out ballad is The Bed Song a post-coitus post-mortum of heart breaking intimacy and simplicity. The album is a love letter to alienation, Reagan-era New Wave Lena Lovitch, Robert Smith vocalizations and wall of sound post-punk proto goth music that flooded college radio and basements of every art student of the early-mid 80's. The live tour show accompanying the record is hands down one of teh best rock n roll tours crossing North America currently. Go!! Go Now!! and go again! Even this life long show going, slightly jaded music nerd was blown away by the sheer joy and insanity on display.

This IS rock n roll.  Here's a look at the first few singles and their (nudity laced!!) videos:

Want It Back with it's sing along refrain (It doesn't Matter if you want it back/ you've given it away) snatches at your heart from teh dance floor with swirling synth lines and propulsive drums and piano. It's 80's inspired anthematic  rock-pop and a revelation !  The stop-motion lyric video is a great taste of the level of artistry on display here.


The Killing Type is a typical Amanda Palmer, dark, sarcastic smart but here dressed in bass and guitar previously unheard on a AFP record.  The bloody gorgeous video is stark, simple and dead on.

Do It With A Rock Star - directed by Wayne Coyne (of The Flaming Lips) is an epic party throw down post show rampage in clubs and motel bedrooms. It captures the pansexual free spirit of an AFP&GTO show. It's one part geek two parts libido, shaken and served straight up.  (points for the Drag Queen's Eryka Badon't read)