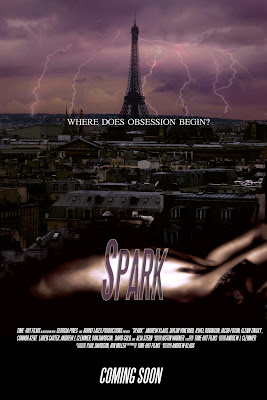 A second teaser Trailer from the upcoming film Spark, which I wrote and directed. It's been two years of planning and nine months of shooting to make Spark a reality. Check out the new teaser after the jump.

Spark tells the unconventional story of an artist and writer whose downward spiral of sex addiction and depression lands him in rehab after a failed suicide attempt. There he recounts his misadventures to his therapist as he tries to make sense of his mental breakdown and find a way to reconnect with the person he loves.
Shot on location in Portland, Oregon USA, Paris France and Reykjavik Iceland the sexually explicit dark drama is set to hit festivals later this year.

First time reading much appreciate it