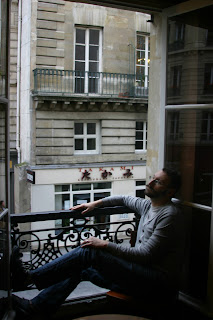 Enjoy the teaser trailer for Spark, the controversial feature film directed by Diggin' To China founder Andrew Klaus (that's me!). The dark drama is set to hit the festival circuit later this year.

Spark tells the unconventional story of an artist and writer whose downward spiral of sex addiction and depression lands him in rehab after a failed suicide attempt.  There he recounts his misadventures to his therapist as he tries to make sense of his mental breakdown and  find a way to reconnect with the person he loves.

Nice photo Mister! A. Dreyfus, relaxing in a central arrondissement?