XTube Hatemail And Me: The Dangers Of Digital Citizenship

Like it or not, the digital age has brought criticism home to the masses. Everyone--no matter how ill-informed--has an opinion that they believe they must immediately share at the touch of a button. I've certainly been guilty of this myself. For the past year my reputation and visibility as a visual artist, not just a filmmaker and writer has grown exponentially as I've created a handful of well-received gallery installations and had a very well-attended solo show. I've collaborated with great regional artists here in the Pacific Northwest and I've shown in Europe. I'm certainly not accustomed to the acclaim, but it is welcome. 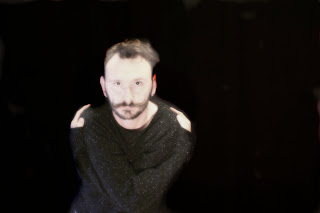 The piece also was posted with the original artist's statement.


Jesus Fucking Christ sets to discuss the pornography of violence in modern culture. By creating a dialogue between the Christian iconography and extremist violence used in the 2004 film The Passion of The Christ and the 2008 gay adult film The Porne Ultimatum. This work is not about offending anyone's religious beliefs, but rather calling into question the intent and use of violence and hypocrisy by the filmmakers and distributors who condone censorship of nudity and sexuality but hold in esteem the art of violence, punishment and dismemberment. Penetration is penetration whether with a penis or knife, and blood or semen--both are bodily fluids--is spilled copiously in the name of entertainment."

It prompted a few delightful and colorful assertions from the one-handed typers out in pornland such as:


shall u rot in hell...u have just offended all the christians...catholics and jews on here.......not a good move dumb ass!

On the one hand, this is great; it means I provoked these viewers, they actually felt something. I irritated them enough to have comments left and emails sent. Not to mention bogus complaints to the staff of moderators at Xtube that my films were obscene even by pornographic standards. On the other hand, I find it wildly ironic that in a safe space for the exploration of sexual freedom that censorship and fear attacked me and at the same time I was receiving great reviews in a gallery in a mall- somewhere I'd never dreamed my work would be shown.
People are strange creatures for sure. But I learned along time ago via the strange attack on me by the seemingly unhinged Jasun Wurster (though I have to be reminded of this frequently by my husband) to take hate mail as a compliment- they cared enough to write.
If I provoked a response, my art has done its job.
So to that I say thank you.
I tried to appease people to make it absolutely clear I was not bashing anyone's religious beliefs, because for me, my piece is not remotely about religion. Below is a selection of the the thread from the initial posting.

hotforurcock
Intentional or not.....it is offensive. You do have your right to express your opinion, but then so do I. I enjoy some of your other work, but this one is a bit over the top for me.
milesawayboys
I completely understand this piece is a bit much for some people and I respect that. It states in the artist's statement "This work is not about offending anyone's religious beliefs, but rather calling into question the intent and use of violence..."
onthefarside
In total agreement with you. This is really offensive.
milesawayboys
I'm sorry if you were offended-that's not my intention-provoke yes, offend, no. Personally I find the Passion of the Christ highly offensive (misogynistic, homophobic, antisemitic torture-porn)and made the piece as a reaction to those observations.

milesawayboys
Did you not read the statement first? Also I have HARDLY offended all the Christians and Jews on here- first off it's xtube for g-d's sake. Secondly I'm Jewish myself. This was an art piece pointing out the similarities between violence in mainstream cinema and latent homoerotic  urges.
hotwax06
shall u rot in hell...u have just offended all the christians...catholics and jews on here.......not a good move dumb ass.
milesawayboys
Did you not read the artist's statement about the video? I have hardly offended all of any group. If I've offended you-simply don't watch my work. This piece has been shown internationally- it always provokes thought and conversation, flagging my work and telling me I'm going to hell does nothing but illustrate you are simply not the audience for the work, and more than a little childish. Try educating yourself about agit-prop and contemporary art.

In the the digital realm posting an re-posting comments and commentary, critique and criticism is the currency by which value is quantified. The more comments the more validity and value a subject, the more important the author feels. We tabulate "likes" and responses as indicators that we have worth as digital citizens. Facebook, Twitter, Tumblr, Blogger, Wordpress, Live Journal, Myspace: these interconnected no-man's-lands are the new frontier of self-expression and the home of modern cultural criticism. Anthropologists will look at cached files and pages rather than some holy codex years from now. We have glorified the mundane to the exalted place of liturgy. The proletariat has a voice again, these would all be good--no, great--things, and they are in a small part. However, the lack of cohesive education and the laziness of the average "digital citizen" have stalled any revolution.

If there is a revolution, at least in the United States of America, it is the embracing of willful ignorance. It is turning on higher education. It is attacking the arts as elitist with a vehemence not seen since the 1950s. It has spilled over from classrooms with altered text books, to campuses with "intelligent design," to Facebook pages for pets and 140 character tweets of meals and moods, to conservative responses on sites where your critic has pictures of his exposed anus while decrying our work as sacrilegious in the name of Jews and Christians alike.


Welcome to our bright new tomorrow.


Welcome to the revolution in reverse.
Posted by Andrew klaus-Vineyard at Tuesday, January 11, 2011

Very thoughtful post, Andrew. I'm inclined to agree with you. There is definitely anti-intellectualism going on in this country today.

So with a revolution happening in reverse, what do you think happens next?