Pandora Boxx: The Man Behind The Boxx 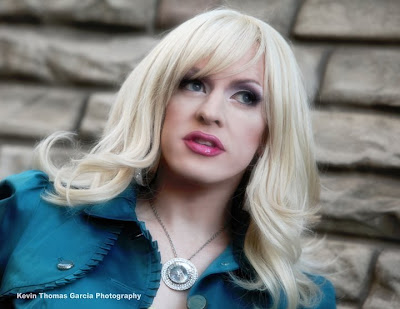 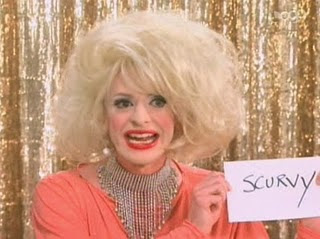 Pandora Boxx: Well, that task wasn't hard to understand. Ru said, "Make it FUNNY!"
DtC: Speaking of, how is the legendary RuPaul? I saw her perform years ago in Savannah when I was in college with the Lady Chablis.
Pandora Boxx: RuPaul is amazing! I never saw him be anything else but nice, gracious and really funny. I adore him.
DtC: You have a great grasp of camp and comedy performance (as a good queen should). Was it just editing or were the judges harder on you than the others who were perhaps a bit more "real girl?"
Pandora Boxx: No, I really felt like they were harder on me for whatever reason. I felt like maybe I should have just come in saying I didn't know how to sew or didn't know how to do anything and maybe they would have been nicer.
DtC: In my house, we pegged you as the clear winner from episode one on. I may have thrown a BIT of a temper tantrum when you left. But now you're back with Rupaul's Drag U! Which, I might say, I love that to Rupaul's left in every episode is your photo. (Suck it Tyra!) 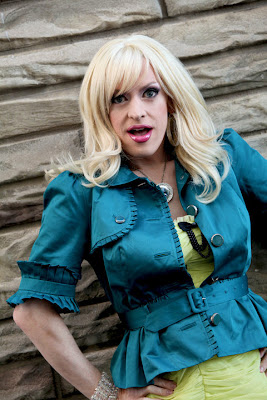 Pandora Boxx: Thankfully quite a few people threw tantrums! Even Entertainment Weekly was pissed! They put me on their Bullseye Chart naming me their "America's Next Drag Superstar!" [laughs] I want to kiss the art director on the mouth for putting my picture there!
DtC: It makes me happy! So you are on a tour of the US it seems. How is that going?
Pandora Boxx: I am! It didn't start out as one, but it is one. It's fabulous! Every place I've been, the audiences have been amazing. Now if I had really planned it out as a tour, I would have scheduled it a bit better. But you got to ride the wave when it comes! I'm enjoying it.
DtC: What's you plans for Pandora Boxx? What's next?
Pandora Boxx: I wrote a play that was a hit here in Rochester and I am talking with a producer in NYC to hopefully bring it there. So fingers crossed. I also just hosted One Night Stand Up: Dragtastic NYC that will air on Logo in January.
DtC: NICE! Pandora needs her own variety show on Logo. Just sayin'...
Pandora Boxx: I would love that!
DtC: What advice do you have for young people starting out?
Pandora Boxx: Run!
DtC: That's always good advice.
Pandora Boxx: [Laughing] No, honestly just be true to yourself and your art. If you are, you will be successful.
And always be honest with yourself.
DtC: So how does one find love?
Pandora Boxx: Don't look so hard! Be open to the possibility and you will find it. That goes for a lot of things.
DtC: Monkeys versus Robots?
Pandora Boxx: Is that a SyFy Channel Movie?
- Do you know that Debbie Gibson and Tiffany are starring in a SyFy Movie together?
DtC: No, I believe they are natural enemies. We must choose sides? OMG, yes! I'm obsessed with creature features. If a giant monster is involved I'm there.
Pandora Boxx: Mega Python vs. Gatoroid! I can't wait!
DtC:I love that you know that!
Pandora Boxx: I'm a scifi geek. Don't think either will win in Monkeys vs. Robots. They will mate and their children will lead them to peace.
DtC: Awww. A romantic! So a sci-fi geek, a drag superstar, what other secrets are behind Pandora Boxx?
Pandora Boxx: [Laughs] There are many secrets in this Boxx.
DtC: What are you reading these days? IF YOU SAY YOU DON'T READ I WILL JUDGE YOU!
Pandora Boxx: I do read!
DtC: John Waters says you should never fuck anyone if they don't have books in their home. I stand by this rule. US Weekly doesn't count.
Pandora Boxx: I've kind of started a few different things and haven't finished any of them. I'm reading: Wicked, Hannibal Rising and The Wizard of Oz. What a combo, huh?
DtC: That's great! Wicked is amazing; I really like Gregory Maguire a lot. 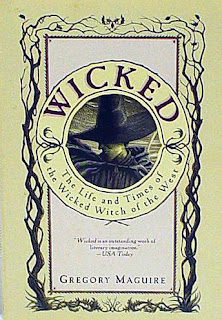 Pandora Boxx: Yeah, it's definitely an interesting book. It's hard to set down and come back to and remember exactly what the hell is going on.
DtC: Yes, and its sequels are like that as well.


Pandora Boxx: I haven't read Wizard of Oz before, so I wanted to read it. And it's free on the Classic Books App on iPhone!

There really is an app for everything, isn't there? Well, there is no "do my dishes" app...yet.
DtC: It's nice to read Wizard of Oz as it's so NOT the Judy Garland film. What's the last film you saw?
Pandora Boxx:: At home, I think it was Soapdish. Love that, but I've seen it before. I also just watched Train. It's a horror movie. It was pretty good. In the theater, I think it was Sex and the City 2.
Pandora Boxx: I want to see the new Resident Evil movie!
DtC: I'm a horror junkie. Sex in the City was kind of a horror movie to me.
Pandora Boxx: I love horror movies! I loved Sex and the City! It was total fluff and I don't care.
I would watch those ladies clean a toilet.
DtC: I went because I have an unapologetic crush on Steve.
Pandora Boxx:: My bf Ian HATES horror movies.
DtC: Really? How does that work out, then? Must you watch them alone?
Pandora Boxx: Yep. He won't watch them. He doesn't like being stressed or scared by movies. Though he loves roller coasters, but he says the pay off is better on amusement park rides. I do watch them alone or find someone to go with me.
DtC: That would be tough for me.
Pandora Boxx: Yeah, I watched one the other night and then couldn't sleep because I was alone in the house. [laughs]. My assistant likes horror movies, so now I just make him watch.
DtC: Oh, assistant! I soo need one. Is he the Renata to your Barbra?
Pandora Boxx: It definitely helps me out A LOT to have one. People in Allentown. Nicknamed him Emily... like from The Devil Wears Prada. Ha!

DtC: Do you keep in touch with the other performers from Drag Race--is that a contractual thing or are you actually friends? Be honest.

Pandora Boxx: [Laughs] We are definitely not under contract to talk to each other, and yes, I do keep in contact with most of them.
DtC: Is Pandora now a full time gig?
Pandora Boxx:: Yes, it sure is.
DtC: I want to thank you so much for doing this slightly rambling interview!
Pandora Boxx:You are welcome! It was great! Take care!
DtC: Thanks. Have a good one!
Posted by Andrew klaus-Vineyard at Sunday, November 28, 2010

Great interview! Even better answers to the questions! Why am I using so many exclamation points!?!

I was a Fandora from the first episode of Drag Race 2, and mercy me, I was SO PISSED that my friends didn't want to drive down to Orlando to see her when she performed there.

Now I just watch her on Youtube... it's just not the same.

HUGE Fandora right here! I met Pandora in person this past summer, and in two weeks I'm gonna see her again! I love that Pandy is a sci-fi geek and a horror movie buff, cuz that's what I am too. :)