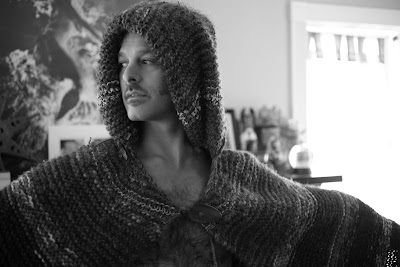 Craig Wedren is the front man for one of the most iconoclastic of art-rock bands of the 90's- Shudder to Think. From their DC Hardcore days to their Glam-rock finale, Shudder to Think constantly defied convention and trends and inspired many up-and-coming musicians (this writer included) . Post-Shudder to Think, Wedren moved into film and television scores creating lush and brilliant music for films such as P.S., Laurel Canyon, Roger Dodger, Wet Hot American Summer, The Ten, The Baxter, and Beautiful Ohio. Wedren also created music for the comedy genius of The State, Reno 911! and Stella as well as The Whitest Kids U'Know .


Diggin' to China is thrilled to have a sit down chat with the irresistible and stunningly multi-talented Craig Wedren !!!

Diggin' to China: Thanks so much for doing this!

DtC: You started in the DC Hardcore scene and now you score films and are a respected solo artist. So tell me, how has your approach to the "job" of music changed?

Craig Wedren: My relationship to the music has only deepened, and that's ultimately my job. The transition from playing with friends in a 'fuck you' kind of way to having to really produce on a day-to-day basis, on someone else's time and dime forced me to really take stock and renew my vows around when Shudder pressed pause. What I came back with was the idea that--no matter how difficult, or commercial the job--my commitment to myself and my music was to ALWAYS plug in and produce music that I love and that would turn me on if I heard it from someone else.

DtC: I think that the idea of making music you want to hear yourself seems lost on a lot of younger musicians these days intent upon making a "commercial" album.

Craig Wedren: What's 'commercial' these days? It seems like the Wild West, aesthetically to me, out there. I kinda like it. No one knows how to make money anymore, so everyone's just going off.

DtC: Agreed. It seems all these amazing artists who got scooped up my DGC and other majors in the 90's cashing in on the "alternative" boom are back on indie labels or are self-releasing music. You started out when booking shows and writing 'zines was a rite of passage. Now kids are making records on their Nintendos DS (really good ones I might add). How have you seen that change ? Do you think it's easier now?

Craig Wedren: Much easier. Now I think making a record or two/being in a band is a rite of passage. The upside is any freak can make a record and have it heard. The downside is, it ...it's so easy that maybe the average kid (and listener) doesn't take it as seriously as in the past. With obvious exceptions, natch.

DtC: You've worked a lot in television and film. How is the process of scoring for you different than your personal songwriting?

Craig Wedren: Totally different muscles. Writing for film/TV has very strict parameters -that of the scene, and the story. It forces you to come up with structures/solutions that you might not think of left to your own songwriting devices and habits. In that way, scoring is very refreshing and constantly forcing you out of your comfort zone. The flipside is--particularly with TV--you have to produce so much, so fast, that new go-to habits form, and there's not usually time to dig super-super deep. It's more 'first-thought-best-thought, which cuts both ways. scoring is more like acting, in that the composer takes dramatic direction from various players on the production; whereas songwriting is usually about decidedly NOT taking directions from ANYONE. 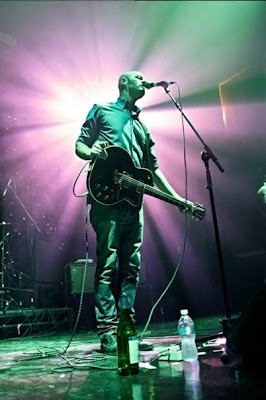 DtC: My contributing editor and long time pal, Alia, has demanded I ask you if "you and Michael Ian Black are besties" (she's a MENSA member who says Besties) since you have worked together on The State.

Craig Wedren: He's like a beloved, retarded brother to me.

DtC: You just made someone sooo happy.

DtC: What's your most rock and roll moment? Where you look back in honor or horror and say I was such a rock star.

Craig Wedren: On tour with Pearl Jam in Oz, and Sony RENTED A PRIVATE ISLAND for our day off, replete with boats, booze, and chef. And then there's darker matter, like lying under a glass table at a someone's birthday party (hint: she's related to both the king of rock and the king of pop) watching folks snort whatever off it. Oh the blurry slurry memories, they go on and on...

DtC: And you're a dad now I believe, yes?

Craig Wedren: Very much so, yes.

DtC: What do you want to instill in him from your experiences?

Craig Wedren: Deep commitment to the things you love. To challenge himself (and others) creatively, without hurting himself or others unduly. A sense of true play and wild imagination, unleashed responsibly and with a sense of respect, for good.

DtC: You always post about the high holidays on Facebook (which makes me--as a punk rock Jewish boy--very happy). Want to start any rumors about Jewish men to compete with the Protocols of Zion business? (I have a list of my own.)

Craig Wedren: We are secretly Dragons who spit hot taffy out of our chai-shaped cocks, and we control ALL of the circus peanuts.

DtC: Okay, I now somehow love you more than I already did!

Craig Wedren: Just telling the truth, as I see it.

DtC: Your cover of So Into You used to get me laid by straight boys in college. I just wanted to say thanks for that.

Craig Wedren: That's what we meant it for. Musical roofies.

DtC: So you are touring this fall with Greg Dulli.

Craig Wedren: Yes! In fact, I'm mixing an accompanying solo acoustic record for it as we speak. VERY PSYCHED.

DtC: You are NOT, however, coming to Portland it seems. FOR SHAME!

Craig Wedren: Open to it, but none planned. Shudder was all about forward motion, so we don't want to make a habit/2nd career out of solely parading our old tunes around. There would have to be some new concept.

Craig Wedren: Superfun to play, but we all felt like 'well that was awesome...did it.: (Hang on one sec. Gotta make sure my wife is awake and picking up the boy...)

I'm back. YES. I have two new records, and an accompanying film for one of them. The acoustic rekki is called 'Male Mother' (probably limited edition, for tour and possibly wider release late-Summer), and WAND, which is a full-fledged CW freakout with lots of ideas, guests, friends, and beautiful strangeness. This is the one with the accompanying film, which we're working on now (and trying to get funding to finish). That's funding.

DtC: Well, I look forward to hearing the new record and seeing the tour!

Pocket (featuring Craig Wedren): "Someone to Run Away From" from Skyrocket Studio on Vimeo.
Posted by Andrew klaus-Vineyard at Tuesday, November 30, 2010