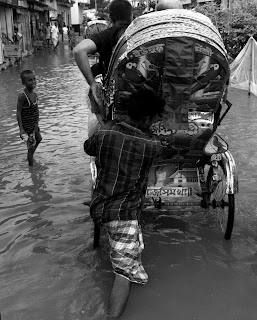 It is no shock, considering that the sad state of the Union has (fairly or not) lost the Democrats the confidence from their underemployed and/or foreclosed upon base, that the Obama Administration is pandering to the right in this midterm election cycle, and that the gays are once again the pawns whose rights are alienable for preservation of a congressional majority.

Crisis averted? Maybe, but imagine if the train-wrecked GOP were to give the definitive middle finger to the Christian Coalition, and adopt social libertarian stances on DADT and marriage. They would capture the wealthy gay voting block which has been waiting for the Republicans to wake up to it, along with the growing queer and queer sympathetic fraction of the electorate who, resigned to economic despair anyway, may as well at least see some civil rights progress.

The erosion of old guard U.S. policy on gay containment would lead to a national yard sale on gay voters as they are broken of their Democratic Party allegiance. Once the Democrats have lost the gay vote, we can kiss taxes and everything that they fund outside of the military industrial complex goodbye. American civilization will continue to decline as corporations and other NGOs transcend nation-states across the globe. As Europe, India, China and the Commonwealth overtake the U.S.A. in every respect save for natural resources (though Africa and the Middle East would more than equalize that matter) and assuming they're not all completely illiterate by then, the American electorate could demand their government offer education that matches that offered in the socialist world. Of course, so long as school boards and the people who elect them have not learned the difference between "theory" and "scientific theory", evolution, climate, economics and critical thought will be subjects reserved for people who think football players wear shorts.

Of course, as ice caps melt and other sources of freshwater are slurped up by the increasing global demand for food, especially heavily resource-dependent animal products, Bangladeshi flood plain refugees, Micronesians turned Atlantians, and other displaced peoples will as conscripts in other nations' armies fuel the Great War for Life and Resources, the dust from which will settle soon after the new shoreline has been drawn. Both those who triumph and those who merely survive will live, eat and define success differently in the new world order that will have emerged roughly by the year 1984 A.D. (After the Deluge). With any luck, the melting ice caps will not have displaced enough mass to throw the Earth off axis, and the world will have avoided nuclear winter. On the up side, the Great Pacific Gyre and all similar mats of plastic waste either will have been consumed as resources in the war effort, or settled by Banglanesians.

As political badminton with the gays as birdie is the only thing keeping this fragile world from spiraling apart, the gays ought to be ashamed of themselves for selfishly insisting upon special rights when, as the Judeo-Christian-Islamic fundamentalists have long been telling us, apocalypse is the inevitable result of their full realization. At last, thanks to the Anti-Christ Obama, global warming crackpot science and book-based religious nuts may reconcile in accordance with God's plan, and smoke from the same pipe. Got Hope?
Posted by Andy Jack Clemmer at Monday, October 18, 2010