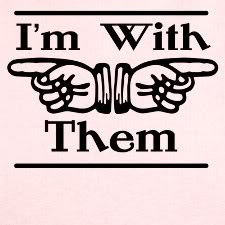 I am married, with two children. I have a boy toy, too. Only, I’m not cheating on my husband. My husband knows full well of my dalliances and has given me express permission to seek relationships outside of our marriage. I don’t believe in double standards, so he has the same permission from me. Some call that an open marriage. I call it poly.

Polyamory is a growing phenomenon worldwide. For those unfamiliar with the term, it hearkens back to Greek and Latin roots: poly equates with many, and amory equates to loves. Thus poly people have many loves.

The lifestyle of a polyamorous person can take on many permutations. So many, in fact, that one begins to feel a degree in mathematics would be of help deciphering the formulas. You have your basic couple. Then there is the triad, which can be MMM or FFF or MFM or FMF or MFF, among other combinations. That triad can be an open Vee or a closed Delta. Then there is the quad. A quad may be comprised of two couples, of which one from each couple is involved, in an N configuration. Or it may involve both parties of each couple being involved with one of the members of the other couple. Or maybe both members of both couples are involved with both of the other members. And so on and so forth. There are also looser chain-like configurations: A is married to B, who is sleeping with C who is married to D who has an ongoing relationship with E who sometimes knocks boots with A & B. Not to mention, ABCD&E all have other relationships on the side.

The closed poly relationship is closest to the monogamous ideal. Some people who choose this relationship model may still be holding onto those ideals and are using the closed relationship as a baby step—a way of trying out polyamory without getting all wild and crazy. Others just find that polyamory is exhausting and really only have time for two paramours and no more. When you think about it, imagine the scheduling nightmares poly people face! It’s hard enough to try to coordinate the family’s schedule, let alone adding in extra people who want to spend time with you, too. Others, in a more typical hetero couple formation, choose this relationship style and add an extra partner, because one of the members is bisexual and wants to fulfill both parts of his or her sexuality and the other partner doesn’t mind or is possibly involved, too. (My first husband insisted I was bisexual and tried getting me a girlfriend or two. That was before I knew about poly. What he wanted wasn’t poly. He wanted a harem for his own benefit. What I wanted didn’t matter. Divorce didn’t take long in coming after that….but that’s another story, for another time.)

Closed or open poly arrangements aside, there is the issue of whether the extra paramour(s)-aka “spice”-live(s) with you. Do you, when the relationship gets serious enough, all live in separate households, or do you nest together? Do you have some partners live with you and others, depending on how immersed they want to be in your home, live separately? I mean, if you are all going to live together, you might want to find a carpenter to build a bigger bed. Oh, and you’ll need someone who knows how to sew can make the bedding and linens bigger. (Actually, I’ve seen giant-ass beds for sale on the ‘net—amazing what you can find when you look hard enough.) Do you share a room? Do you each have your own room? It can get complicated, especially when you are dealing with the chain style of polyamory.

My relationship style? Currently I’m just dating. I have a fuck buddy. He’s married with a family of his own. His wife told me once that she had two rules: “One: he wears a condom. Two: have fun!” I have a dream poly family that I think would be the Best Poly Arrangement Ever (for me, anyway), but then, originally I had a different configuration in mind and have since abandoned that idea. No doubt my current fantasy family idea will change over time, too.

See, when I first started out testing the waters of poly, I tried to go the closed triad route. I thought that would be “safest” and least complicated and thought that having a boyfriend in addition to my husband would be plenty. I thought it would be too complicated to even attempt one of those chain things. I didn’t want to go there. Too scary and unfamiliar. In the beginning, I turned down a potential relationship with a very nice man because of that fear. He was married and his wife had a relationship, and his wife’s spice was married. And if I recall correctly, one of them was involved with another person, too. Oy. It was enough to give me headaches trying to figure it all out.

As I connected with the poly community, met other wonderful poly people and saw what worked and what didn’t work, I grew as a poly person. My perceptions of what would work changed. I realized the only limits to polyamory are patience, time and the complicity of the members involved.

For some poly people I’ve spoken to, they say that for them, poly was never a “lifestyle” choice. That it is part of how they are hardwired. I know of a couple of people who said they took two dates to the high school prom. They knew they were poly from the beginning, and couldn’t see themselves any other way.

I was not like that. The idea of being in two relationships at the same time was a foreign concept to me for much of my life. I’m 39 years old. Since I embraced the possibility five years ago, though, I’ve learned a tremendous amount about the poly community and bucket loads about myself.

I intend to write a series of articles here, describing my entrance into the poly life, how it has shaped my idea of what is right and “normal” in a relationship, and the struggles polyamorous people face in general. I also want to explain a little history behind the poly movement, and what it means to be poly legally and politically. I’m not here trying to sell poly as the new miracle relationship with the power to cure all problems people face. It isn’t. It is a very difficult path to follow. But it is very worth it for those who decide to stick with it.
Posted by Holly at Thursday, October 21, 2010