WE MADE THESE SONGS: An interview with Jon Miller 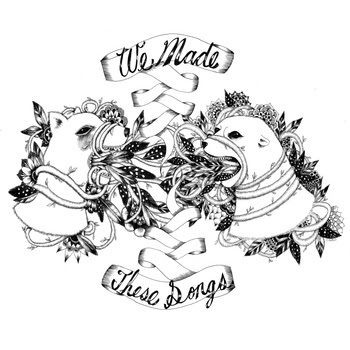 Jon Miller is having a fine, bittersweet moment. He's earned it. He's about to release a vinyl compilation of songs he curated from a handful of his favorite Portland bands (with awesome cover art by Jennifer Parks); preparing for the release party for said compilation, featuring all the bands in a rip roaring showcase...all organized by Miller.

For one of those bands the post-riot grrl duo Swallows, for which Miller has drummed for the last seven years it will be their farewell performance.  I caught up with the ridiculously handsome (and unnecessarily tall) Jon Miller for a chat about vinyl records whispering to him, Kirstie Alley, and his post-Swallows plans.

Diggin' to China:  Howdy! I have questions!

DtC: So tell me about how this project originated

Jon: Well, Swallows was gearing up to record/release some new songs. we had been discussing for a while the idea of doing vinyl, and were thinking about releasing a 7". We started looking at the prices and realized that it wasn't super feasible. This began a major brainstorm for me. I really liked the idea of vinyl, and realized the difference between the cost of a 7" and a 12" was fairly negligible. I figured, why not put out the equivalent of 6 7"? So, using the model from the original We Made This Festival in 2006, I rallied up some bands. One of the reasons that the 7" seamed financially stupid was that it would only cost about 300 more to put out a 12". If you do a cost analysis on a song by song basis, it's a much better deal..

DtC: Why was vinyl so important to you in this digital age ? 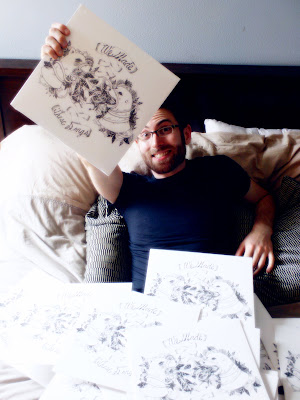 Jon: I feel that art, ALL art is best when tangible. Like the Sleater-Kinney song where they say"you're no rock an roll fun, like a piece of art that no one can touch." I like touching my music. Vinyl, inherent in the way it works, makes the listener less "single" oriented. What I mean, is that I want these songs to be a cohesive and interrelated variable document in consumed as a whole. Though the songs are, in a sense, singles, they should be experienced through the lens of being heard as a group I have records from when I was a teenager that I still listen to weekly the CDs?... Not so much.

They are in a box somewhere I think, maybe in the guest bedroom closet...

DtC: Mine are in giant Tupperware containers in the basement

Jon: my records though? In my living room on display, sitting, whispering, "listen to me, listen to me..."

Jon: I stared out by just emailing about 20 bands I really like and explaining the project. One thing I have learned from doing this in 2006, and also from my professional life, is that people who are not prompt, involved, and plugged in immediately will not be reliable later on. The first six bands that said yes got in. And really, I now can't imagine it being anyone else. These are some of my favorite bands and people I have worked with in the past, and though sonically different, somehow came together in a way that weirdly works. When I started the project, I didn't know that this would be Swallows final show, but now it seems so fitting that these amazing artists I have known for years be the people that see us off...

DtC: This is a sequel to your 2006 project, however your record release show it a bit bittersweet marking the end of your seven year run as drummer of Swallows (with Em Brownlowe).

Jon: interestingly, the original project was a collaboration between me and Em

DtC: ...so this brings it all full circle in a way

Jon: except that, this time it was just me, I did EVERYTHING by myself. A ton of work and driving around and emailing and mailing and organizing... In a way it was sort of cathartic to realize I had it in me to see a HUGE artistic project through from start to finish all by myself which, now, artistically, I sort of am.

DtC: ..and I hear you are taking a well earned vacation for a bit after that. 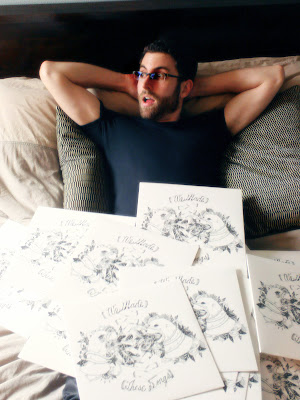 actually, I leave two days after the show

DtC: What are your plans post-Swallows? How about your other projects (like your well read blog Gaycondo?) any plans to release more records as a curator?

Jon: hmm.. tough to say Gaycondo was great, but it is over. It is a finite digital artifact though I may start a new, more focused blog. I have been thinking of doing a blog of just interviews

Jon:  also for a while I was really nervous that I would lose all my money doing this record
but it looks as though it may actually break even-ish. so who knows?

DtC:  Break-even is the new wealth

Jon: I'll have a lot of artistic free time now, and I think  we can have a "We Made These Songs Too!" release in the next year

DtC: sort of Indierock's NOW THAT'S WHAT I CALL MUSIC

Jon:  I've always liked when sequels use the word "too" instead of "two", à las in Look Who's Talking Too

Jon:  Starring the voice of Rosanne.

DtC: but better than Look Who's Talking Now ...with the talking dogs...

Jon: Of course! I like Kirstie Ally by the way, her new show is hilarious

DtC: You are very invested in the visual arts, any interest in doing work within other non-music mediums?

Jon: well, unfortunately I was not gifted with the ability to create visual art, but I am a GREAT editor and manager, so I see myself doing mostly behind the scenes stuff... curatorial. If it was 1992 I would start a magazine or something like INDEX was in the late 90's

DtC: We need a new Sassy.

Celebrate the 12" vinyl record release of We Made These Songs: A Compilation of Portland duos. Featuring Thee Headliners, Hey Lover, Palo Verde, Magick Johnson, Kusikia and Swallows (which will also be their final show)