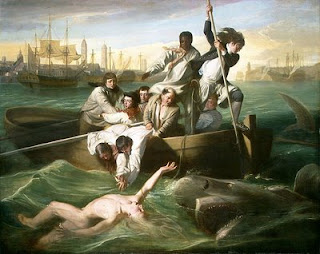 The tiger shark is a formidable predator the tropical waters of the Caribbean. As a some one who grew up on the gulf coast I'm well aware the dangers of swimming in the break and the legitimate (albeit rare) chance of shark attack.  Aware is  a bit of an understatement. I'm pathologically afraid. I've seen firsthand what a shark attack looks like  and met many who have been "nibbled" and lived to tell the tale.  Recently in the Bahamas a fisherman had his catch devoured by the aforementioned tiger shark. The shark chomped through his catch but became hooked himself, when he reeled in the  12 footer it struggled to break free and it did so it regurgitate a bit of its previous meal, which happened to be to everyone's horror, the left leg of human.  The fisherman  captured the man-eater and brought it to the marina for the police and coast guard to have the unsavory task of identifying the partially digested remains.  For those with a bit of morbid fascination, or a forensic eye (coupled with a much needed strong stomach) there are actual pictures of the shark autopsy after the jump. 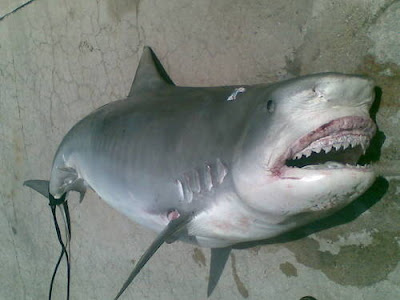 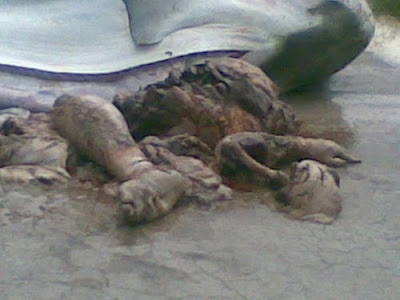 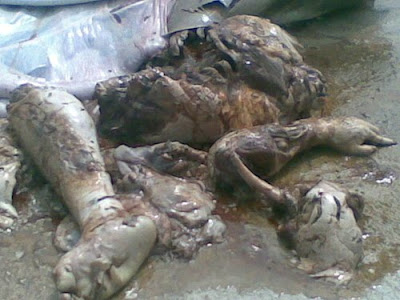