Gay jokes are NOT For Your Entertainment: E! to Apologize to Adam Lambert 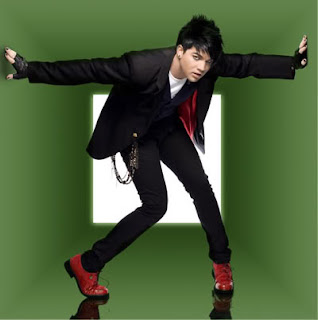 Michael Catherwood, co-host of E! Daily Ten made a shockingly ill-advised quip about openly gay singer Adam Lambert's recent scuffle with a paparazzi in Miami earlier this week, implying that because Lambert was gay he might enjoy prison rape. “From what I know about jail, Mr. Lambert probably wouldn’t have too bad a time,” remarked Catherwood in a clip now yanked from Youtube by Comcast parent company of E!. Hmm... statements like this presume all gay men
A) are cock hungry bottoms (not that there is ANY thing wrong with being a cock hungry bottom!)
B) that somehow the victims of male-on-male prison rape are somehow gay and that they also
C) enjoyed it.
Lambert took to Twitter his response to the statement with,"It’s funny how some folks in the entertainment world echo the fearful ignorance of high school bullies, I suppose jealousy and poor tact are timeless."


Michael Catherwood tweeted his response after viewers notified GLAAD (Gay and Lesbian Alliance Against Defamation) who promptly contacted E! about the offensive remarks. 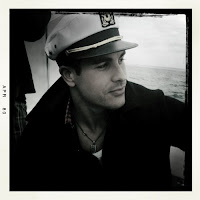 "I’ve always been a vocal supporter of the Gay community, if offense was taken I’m sincerely sorry. Merely an attempt at comedy. My genuine apology to all in the GLBT community as well. Identifying me as homophobic is wrong though. Tasteless yes, but not hateful. I’ve identified that I misspoke and I sincerely apologize. All I can do is ask for forgiveness. Mike"


Monday night, Michael Catherwood publicly apologized to Adam Lambert on-air during E! Daily Ten, but for many this is not nearly enough.

There is now a Twitition (Twitter petition) to get homophobic joke-tosser Catherwood fired from co-hosting duties of E! Daily Ten which I have to say might be a good lesson learned--really, gay jokes have no place on television. Victims of sexual assault also have to live with the stigma of the event for the rest of their lives and to have in a so-called humorous manner that they might enjoy being/having been raped is beyond repugnant in this writer's opinion. The homophobia dripping from the remark is a trite and unfunny reminder of the lack of education about sexual assault, prison rape, and also what is acceptable to say about the gay community at large. It's time that being gay is no longer the punchline.
Posted by Andrew klaus-Vineyard at Monday, September 20, 2010

The offender did NOT apologize on air, just on twitter. GLAAD got E! Daily 10 to apologize on air, since the original offense was seen on TV & an apology should not be on twitter only. However, E! made no mention of the injured party during their so-called quickie apology, just a blanket "apology" to the GLBT as a whole. Lame! Additionally, the idiot who said the homophobic remarks went on his radio show being even more offensive http://www.ontheroofseekingproof.com/kaetsa/misc/09-20-2010-PsychoMikeDaily10Asshole.mp3 Adam Lambert had it right, he's a d-bag.

Yes the apology was lame ,very generic and the d bag ,making an attempt to apologize on his radio show, managed to make it worst..disgusting.It's kind of long but it worth the listening because you can getting an idea of this person's thinking