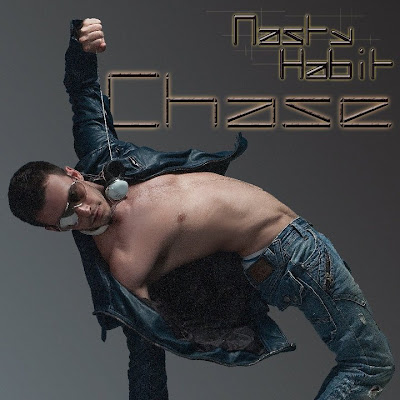 Perhaps at first ASL (American Sign Language) and music are not immediately synonymous, but while strange bedfellows, rising star Chase is bringing sexy moves and sign language to pop music. With the indie release of his debut EP Nasty Habit, Chase is ready for a proper record label to back his dream of selling out Madison Square Garden to both hearing and hearing-impaired fans. In our exclusive interview, Chase opens up about his conservative religious upbringing and his accidental career path as an interpreter. He also dishes on his new single "Hard Candy" and its delightfully naughty, Willy Wonka-inspired video that Chase helmed himself. He's surprisingly candid and thoughtful and aschews the notion of "gay pop star". Could Chase be the Next Big Thing? 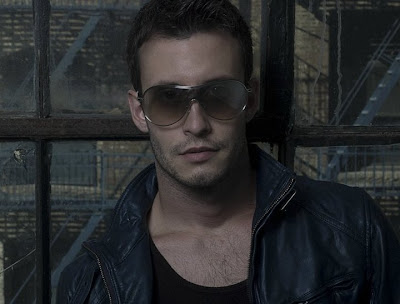 Chase: Hey there.
DtC: How was your day?

Chase: Pretty good, yours?
DtC: It's been busy, since we're prepping to leave for a film shoot in Iceland Monday. But it's been good.
Is the "Hard Candy" video completed? I know you've been working hard on that all week.
Chase: That sounds fun! Yes it is; I finished it last night. I'm just making some finishing touches now, but it is done. Finally.
DtC: WooHOO! Congrats! So let's start with the basics of who Chase is...
Chase: Sure. What would you like to know?
DtC: Where you grew up? When you realized you were gay/came out? How your family took it?
Chase: I was born and raised in Brooklyn, NY. Hmm. I remember finding another man (boy) attractive when I was in the 1st grade. His name was Anthony Perez. But until I was around 14 or 15, whenever I looked at men I always thought the fascination was because I was admiring them. I always brushed it off as, "I want to look like or be like them."
DtC: That's a common reaction.

Chase: But when I was 14 or 15, I met a guy and fell in love. My father did not take it well at all.
In fact, I had come home from a Christian retreat, and he pulled me aside and took out a photo he found of me and my boyfriend kissing. I had hidden it in the drop ceiling; I have no idea how he found it. But he said, "You're going to burn in hell for this." So. Not well.

DtC: Has your father come around?
Chase: No, he became violent after that. I haven't seen him in several years.
DtC: That's sadly the case for many queer kids growing up. I think it's brave and I really respect you for being so honest about that.
Chase: That is part of the reason why I am so vocal about it.
DtC: Good for you. It's his loss.
Chase: It's good to see how the younger gay community is much more accepted.
Time progresses all things.
DtC: Yes, but let's remind them from time to time that we didn't have it so easy.

Chase: I think I had it fairly easy. The ones before me did not, that's for sure.

DtC: So you came into the spotlight in 2009 with an amazing video of you performing an ASL version of Britney Spears' "Womanizer". When did you start signing?

Chase: I think it was about 2 years ago by now, I'm not sure. I started signing about 6 years ago? A bit more, perhaps.
DtC: What drew you to ASL?

Chase: Ah, that question gets me every time. I learned to sign on a fluke. It was an accident. I didn't want to take Spanish; I always had trouble with it. So I took it (ASL), and became immersed rather fast. It's a beautiful language. It was a natural feeling for me, to move my hands to communicate. 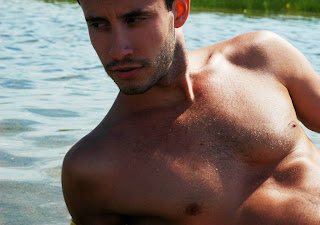 DtC: I know you are, in fact, quite the performer, an actor and vocalist as well as having performed onstage signing. When did the performance bug bite?

Chase: HA! I was baby Jesus when I was one. Something in the manger bit me.
I've grown up on acting and singing and dancing. It's been my life. I don't think the world could exist without music.
DtC: You come from a fairly religious background, yes?

Chase: Very religious. Pentecostal Christian. Church two to three times a week.
DtC: How do you reconcile those experiences and values with your life today?

Chase: I don't particularly believe in labels, either. Gay, straight, bi...they are all ways to help us idetify, but by no means define us. I believe I can fall in love with a woman just as easily as a man; I believe in love for everyone as a person. She would have to be extraordinary, though. ;0
DtC: So when did you begin crafting the idea of launching your pop music career?

Chase: Well, this whole ASL video thing was just a hobby. But when people began responding, I thought...wow...what a difference I could make. In the D/deaf and hard of hearing world...as well as mainstream music.

DtC: Just to clear up any misconceptions, you are, in fact, a hearing individual.

Chase: Yes, I am hearing. I am an interpreter by trade. Graduated some time ago.
People consider dance to be music, because they are moving their feet. I dance with my hands. Who would've ever expected music to be something seen on the hands as well as heard in the ears?

DtC: And you have recorded your debut EP!
Chase: I did, I did! It was TOUGH and FUN and frustrating and amazing. I co-wrote them with an amazing songwriter/performer, Adam Joseph. They are all pop-inspired. Some are naughty, some have meaning, others are electro-dance style. "Hard Candy" is definitely the naughty one.

DtC: I think you can be naughty and have meaning--just look at someone like Peaches.

Chase: For "Fall Down," I had been watching the news...the pickets on gay funerals....the protests about gay marriage and I thought, "Wow. Our love makes the world fall down." It's going to pieces, so it has more of a political meaning than anything else. "Nasty Habit", the title of the EP, is the first song we wrote. It's about a relationship...you know you need to leave it, but you can't. They become your nasty habit.
DtC: Was that based on a relationship you were in?
Chase: Oh yes; we have ALL experienced THOSE types of relationships.

DtC: Very true.You have a new video for the single "Hard Candy".
Chase: Yes. I'm super excited about it. I was very inspired by a character in my head...a mix of Willy Wonka and circus task masters....a slightly deranged man who has a need for candy.
He has a machine in his factory called the Hard Candy Maker Machine and men pop out, ready to go. When he touches women, they melt like chocolate. He dances in milk, and in giant candy-particle projector screens. It's really fun. There are a LOT of innuendos in the video.
DtC: You directed this yourself, yes?
Chase: I directed it, produced, and edited it. Animated it, etc. I had some amazing support, though. Amazing male and female dancers, makeup stylists, lighting designer. It was truly a wonderful experience. I got to roll around with a sexy man. It was fun!

DtC: Well its a perk of the job!
Chase: Perk is a good way to describe it.
DtC: ...And you are a pretty sexy man yourself, as anyone can attest who's seen your work.
Chase: Well, thanks. I don't feel that way. When I perform, something comes out...but, otherwise, I'm pretty awkward. 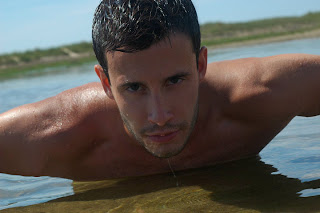 DtC: You are doing two versions of the video, correct? Vocal and ASL?
Chase: Yes. My main purpose is to become the first American pop artist to include the communities and tie everyone together through music. I envision a stadium of half hearing, half deaf/HH, all enjoying the same song...Backup dancers signing...Huge projector screens...Sold out Madison Square Garden...Record deal. You name it. That's my dream.
DtC: Groupies, outrageous demands for color-coordinated candy backstage.
Chase: HAHAH Exactly!!!
DtC: So... John Waters stated you should never fuck someone if you go home with them and they don't have books. What are you reading these days?

Chase: My favorite book is called Swan Song, by Robert McCammon. I've read it a dozen times. It's phenomenal.
DtC: What about music? As a musician, what are you listening to these days? Who inspires you?
Chase:: Well, it may be a cliche and go without saying, but Gaga definitely is an inspiration. John Lennon is forever inspiring. I enjoy music by Maroon 5... it's all over the map.
DtC: So, like most artists in America, you have a day job still, yes?

Check out more by Chase here!

And as a bonus--Chase gives us an ASL "Womanizer"!