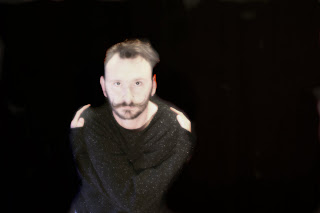 So in the complicated world we live same-sex marriage (in the United States Of America) is somehow equated with incest, pedophilia, murder, and bestiality. It will ruin the lives of our great nation's children and DESTROY the sanctity  and commitment of heterosexual (opposite/traditional marriages-for those who prefer those terms) more than 65% of which end in divorce according to recent studies. California has had a long battle over the issue. Briefly granting  some 13,000 marriage licenses for same-sex couples before allowing the civil rights of the minority to be put to a vote by the majority. Something our nation was founded upon avoiding.  Last Week Proposition 8 (which banned same-sex marriages in the state California) was declared (rightfully and logically so) unconstitutional.  Immediately  anti-gay marriage supports called for a stay until they could appeal the ruling by Judge Walker, a fairly conservative judge, appointed by Ronald (rot in hell) Reagan who just happened to be gay himself , which they argued made him unfit to rule on this case. As if straight Judges can't rule on straight clients cases? I digress. At a little after 12 pm PST today Judge Walker DENIED the motion for the stay.  It will however remain in effect until 5pm on August 18th  2010 at which point gay and lesbian bisexual and transgendered god fearing tax paying citizens of the united states of American  can get legally married to the person they love and choose.

After the jump you can read the document yourself. Its one more step towards full federal recognition of our RIGHT to live and love who we chose in the country we have helped build from the beginning. We are your sons and daughters, you brothers and sisters, your aunts, uncles, cousins, coworkers, comrades, compatriots, mothers and fathers America. We are your blood as much as any other citizen. We serve  in the armed forces , in secret, against emotionally devastating personal oppression and at a greater personal risk to protect this nation. We teach our children, we build cities, we grow crops, we tend to the sick and needy, we are in every aspect of society. We pay our taxes, live our lives and love our loves, America it is time we are heard. Let us end oppression of the minority by majority rule here and now in these United States of America. Let us build a better nation a more perfect union than the tarnished one we all share today. Let us move forward into a bright tomorrow and a better day.

Beautifully put. I love how the concept of "All men are created equal" was taken into account when the ruling was made. I know many heterosexual couple who shouldn't get married or shouldn't be married but I wouldn't vote to block them from marrying. I'm so glad that steps are being made to move forward so you are able to enjoy the rights you deserve and are long overdue to receive. Thank you for sharing your story to help others see just how important this is. I'll keep doing everything in my power as a voter to make sure this happens EVERYWHERE!