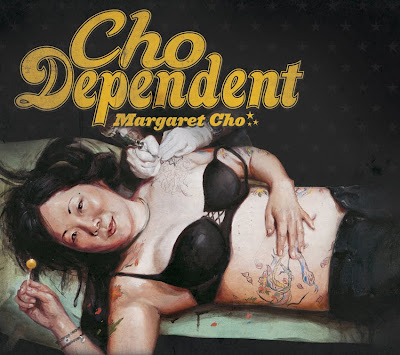 After taking our seats  in the Arlene Schnitzer Theater for Margaret Cho's latest comedy tour Cho Dependent we were  happily treated to the  comedy styling/mental illness of  viral video sensation (and total cutie) John Roberts (see a clip of his work after the jump). Of course the main event as always was the arrival of Margaret Cho, which drove the largely queer crowd wild.  At 41, the iconic and now heavily tattooed  comedienne seems so comfortable with herself that her stage presence is effortless. Dare I say it we are seeing a more mature Margaret Cho?! Of course we are, but that doesn't censor any of the blue language and sexual frankness we have come to expect and love from the stand up icon. Less emphasis this outing on her past and her childhood, though  moments with her much beloved mother made a few appearances throughout as did touching and ribald accounts of her late grandfather. The latest show concerns her recent relocation to the South, anal sex, aging, the rights of the LGBT community, and new to her impressive repertoire musical interludes from her new musical comedy album Cho Dependent (more on that later).

(continue after the jump)

What I really appreciated about Margret's latest show beside it's dead on accuracy at lampooning sex and our community was how she seemed so at ease. It was the first time I've seen her seem quite this content. It's great to see someone comfortable in their own skin especially after such a  public struggle with body image. She occasionally dipped into those past events discussing  briefly All-American Girl and her past struggles in a self reflexive manner which seemed to catch up new converts to her comedy, but also remind the devout why we love her in the first place.  Her voice was surprisingly strong and beautiful. She explained was still returning after a recent illness that left her mute, with a hilarious account of using a Stephen Hawking like computer assist in Provincetown to test new material.  She also recounted to great laughs (and a bit of revulsion) a voice-saving remedy that required drinking shots of olive oil- Let's just say its worse coming out than going down the first time apparently. With Cho Dependent Margaret is  channeling the great comedy performers of the past like Richard Prior and the prolific Cheech and Chong (Tommy Chong makes a guest appearance on her album in fact) making music that is not only hilarious, but technically GOOD MUSIC- which is no small feat.  Margaret was inspired at age 40 to pick up the guitar and write her own songs after seeing Madonna(!) playing guitar and thinking ‘If that bitch can do it, it can't be that hard.’ So does this tour launch Margaret Cho -serious artist? Her response is perfectly direct “I want to be in the Rock and Roll Hall of Fame and on Elvis Costello's Spectacle so I can talk all serious about my songwriting ‘process’ -- which is basically trying to figure out what rhymes with ‘dick.’”

I highly recommend checking out this musical/comedy extravaganza on tour across North America this fall! 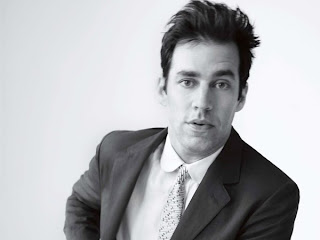 Check out opening act John Roberts' fantastic rendition of his mother learning her son is gay. It's a rollercoaster ride of honest emotions comedic genius.