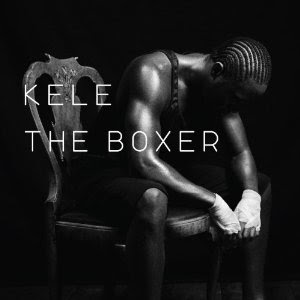 Kele Okereke the lead singer of the UK-based critical darlings  Bloc Party has recorded a fantastic solo album The Boxer  that departs from the guitar based indie rock of his band while keeping all of the emotion poignancy of his lyrics so many love. Taking some cues from from the album Intimacy and Flux Bloc Party's more electronic based tunes  Kele (who drops his last name for this outing) crafts a minimalist masculine electronica album full of distorted beats one moment, muted synths the next.  The Boxer is a twisty angular affair that takes a few listens to get your head around (much like his band's underrated Weekend in the City in that regard). Stripped down beats and Kele's gorgeous voice make for rapt listening to this strange beast of a record, one of the most interesting of 2010 thus far. 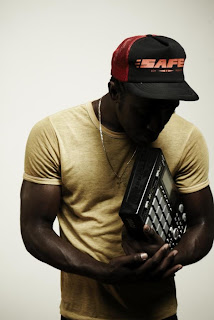 Kele was recently the cover boy for Attitude the excellent british queer magazine making him the first openly gay black man to be the cover star.  It's no small distinction. He also raised a damn fine point in my opinion why arrant gay male pop stars allowed to be masculine and edgy, why must they be flamboyant and camp to be accepted? It's the threat of sex-in my opinion- people are afraid of a gay man who CLEARLY gets laid, but I digress... The Boxer is a great start to  a solo /side project career from a young, incredibly talented singer-songwriter who's clearly got a voice and a point of view sorely lacking representation in the mainstream pop spectrum.  Check out the sexy clip below for the first single "Tenderoni" apparently about dating a boy you know is too young for you, but you still find hot even though it's doomed (ooh we've all been there)