Without You I'm Nothing. 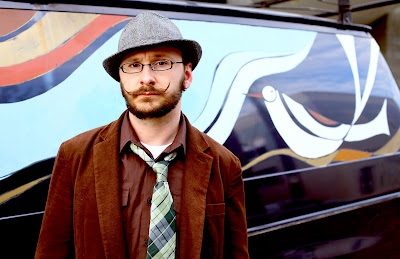 48 hours (give or take) until my solo show screening extravaganza! the films are ready to go! I have a brief talk to write, about 30,000 crunches to do, and so on and so forth. Thank you to all my lovely friends and family who have supported me of these last ten (hell- 31) very tumultuous years, which have give birth to the films I am screening. I love you all dearly! And just know this is just the beginning!Thank you to all my models and actors over the years who have suffered through long hours uncomfortable locales and equally uncomfortable emotional terrains to help me bring this work to life. Thank you!

There are a few people who have deeply motivated me and encouraged be-sometimes when I barely deserved it- but i thank them none the less people with out who's support this would not be possible.
Emily Young, Holly Andres, Karin Magaldi,Grace Carter, Daniel Priofsky, Taylor Vineyard, ALL my parents, Heidi Snellman, the late Rebecca Bevacqua, Karl Lind, Dustin Zemel, T.J. Norris, Grand Detour, S. Scott McKibben, Matthew Kern, Duncan Dunn and Sarah Kolb, Alia Sterns, Dai Webster, Jon Miller and Paul Davidson, Justin Warner, Susan Reese, Lori Sue Hoffman, Ben Simms, Holly Whitney, Garth Meckler, Paul Van Voorhis, Nick Mattos, Paul Pernu and all my friends near and far.
Without You I'm Nothing.
Thank you to all the artists who have inspired me to take this unconventional life  path and pick up the torch and proudly carry it forward, you had no idea that some day you would forever change the life of a young boy in a tiny town in rural Georgia, deep in the southern United States, but you all have in your own way.
Derek Jarman,Yoko Ono, Andy Warhol, David Bowie, Kenneth Anger, Jack Smith, David Lynch, Jean-Michel Basquiat, David Cronenberg, Peter Greenway, Maya Deren, Jean-Luc Goddard, Jean Panlevé, Lars Von Triers, Kim Gordon, Allan Ginsburg, William S. Burroghs, J.G. Ballard, Dennis Cooper, James Whale, John Waters, Björk, Clive Barker, Gus Van Sant, Greg Araki, Jan Svankmajer, Ladislaw Starewicz, Armistead Maupin, Patti Smith, Jean-Pierre Jeunet, Jean Genet, Oh  I could go on for days and hours !
Posted by Andrew klaus-Vineyard at Monday, May 17, 2010