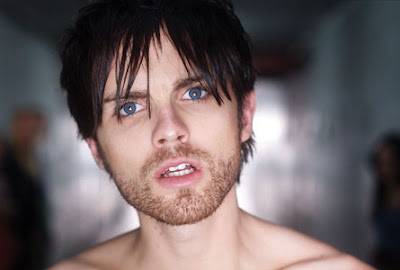 Gregg Arki doesn't give a fuck.  I mean about somethings sure but lately he's been plotting his return, After the masterpiece Mysterious Skin (based on the breathtaking debut novel by Scott Heim) I thought Araki would finally catch hold of the success of his peers Gus Van Sant, Todd Haynes (both were lumped in New Queer Cinema) as well as Steven Sodderberg and Quentin Tarritino but instead he made Smiley Face, a goofy stoner comedy staring the always lovely Anna Farris that saw limited release and did nothing to propel the buzz from the sexually charged and disturbing Mysterious Skin. Maybe he needed to shake it off- i don't really blame him. All that matters is that after a previously botched Sci-fi series for MTV (This Is The Way The World Ends)  he's ready to give us the apocalypse again. Last time he delta with sic-fi themes on screen it was aliens in Nowhere (and by extenuation abduction plots in Mysterious Skin) with Kaboom, his latest film it's conspiracy plots, murder, gorgeous ambisexual teen and twenty-somethings, guys named Thor, fruit loop colored contact lens and great music-so you know- a Gregg Araki Movie.
Kaboom just won the first Queer Palm (slightly unfortunate name) from the prestigious Cannes Film Festival (basically the Palme d'Or of LBGT films). Critics of the film were mesmerized by it, even the ones who found the hypersexual horror-comedy-thriller not to their taste everyone agreed it was a must see.
I for one am a fan of Araki's hyper-stylized world of sexual obsession, rapid-fire dialogue and wonderfully creative swearing and look for ward to Kaboom finding US distribution.

Check out some delightful clips  HERE
CANNES Film Festival 2010: Full List Of Winners after the jump