Daniel Craig (and the parking lot kiss heard round the world.) 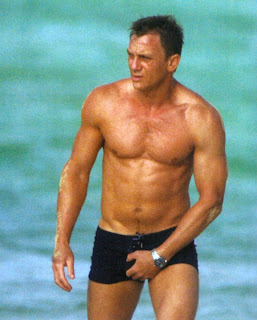 "When Daniel and his friend walked in, they looked like any other upscale gay couple checking out the scene. He rubbed Daniel's leg and shoulder while they talked, and Daniel didn't seem to mind.  "

Daniel kissed his friend on the lips. It was an open-mouth passionate French kiss. In fact, Daniel held the guy's head in his hands and pull him in for the kiss!"

The witness alleges that as soon as 007 saw that he was being watched, he: "immediately broke away from the guy. If I hadn't seen it with my own eyes, I wouldn't have believed it."

They continued: "At first, I thought Daniel may have come in with his gay friend to check out the live music. But when they started dancing together, I though, 'This is more than just two friends out for drinks. (via MTV.co.UK) 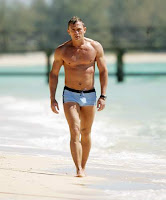 According to one source the witness has taken polygraph test and passed with flying colors that Daniel Craig was at the Roosterfish Bar showing off cellphone pics of his cat (another red/pink flag)  and making out with a hottie.   Now my mind has wandered back to Craig and Hugh Jackman (also (glass) closeted) working together on Broadway last year....and now Broadway Bares makes me think of something else entirely...

My thoughts actually are -wow it would be great if he is he comes out and remains a huge action star there by making that NEWSWEEK article a few weeks back stating Gay actors can't play straight really suck it. But I posit this? Is Hollywood ready to accept openly gay  STARS? Not character actors, but bankable iconic stars? I don't think America is as threatened as they the money men are.  I do think we don't really need to know as much about the personal lives of celebrities (and I use that term very loosely because here in the states EVERYONE gets to be a celebrity these days it seems) .

Some  nude pics of  Craig after the jump-cause I know what my readers like. 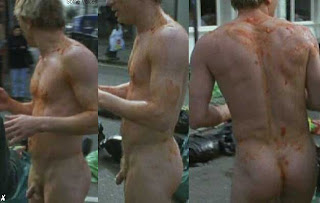 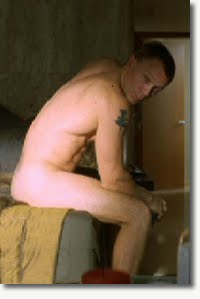 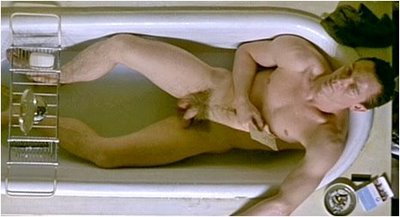 Posted by Andrew klaus-Vineyard at Thursday, May 27, 2010