Don't You Know Who I think I Am?

It comes to my attention that I have a rather large following these days and I've given my readers shout outs before but made it well known that I don't make it a habit of writing about my personal life and work (outside the occasional update on a film or record release) on Diggin' to China  so I'm giving back after being asked who I am really and what qualifies me to do what I do. Okay so a bum yelled at me "who the hell do you think you are " but the seed was planted.
"Don't you know who I think I am?  "
Do you care? Probably not as most of you are looking for naked pics of Hugh Jackman and Wilfried Knight


I've slowly but surely risen up the ranks and cracked the top 10o over at PLUBLOGS.com Listing of LGBT blogs! Vote for us ----------over on the right-hand side----there---no there---you see it? yes! VOTE NOW!
Also I totally broke down and have given in to the evil of Twitter (but only slightly-Follow Diggin' To China on Twitter and keep p on the latest in "the arts and culture : Politics, pop culture, porn-obsessions: nothing is off limits to critique. "

Actual information about ME! after the jump.
Sidenote- Having already had not one but two  stalkers, let me say this: feel free to email, but if you feel this deep connection and the need to get in touch in person feel free to call a crisis counselor instead. A local one in the Pacific Northwest is at 1-800-716-9769. This seems like a joke, but it's not.  If you need help, get help. 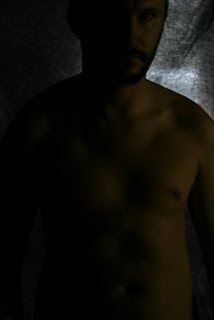