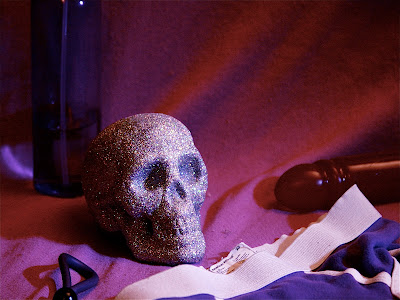 If all goes well I will directing my feature film debut with the semi-experimental film Spark, based on my own script.  Pre-visual effects have already begun and I hope to start principal photography in March if not sooner. I'm excited by this project and want to thank everyone who has supported me over the last few years on this strange journey. It'll be a busy spring as I also will be shooting another documentary series... hey a boy's gotta pay the bills!

What can I say about Spark... hmm it's about sex and death and writing...

Levi is a bohemian, sexually adventurous (addicted) man in his 30's who sets out to make a documentary about the creative spark while exploring his desire to write a book about why he can't write a book. Throughout he interviews friends and lovers, has a few adventures, fantasies, and failures realizing he is his own worst enemy by far... but with that knowledge can he break the self destructive cycle...

(sidenote the above image has nothing to do with the film It's just a  pic I shot)
Posted by Andrew klaus-Vineyard at Wednesday, February 03, 2010

That's awesome. Your story sounds very exciting. I can't wait to see the finished product and hear about your journey. Congratulations!