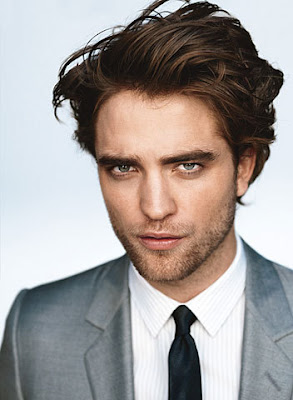 Twilight's lone supposed hetero Robert Pattinson (I mean the now legal Taylor Lautner is a bigger girl than Kristen Stweart-who used to be the hottest open baby-dyke around until she signed on to the mormon-vampire series.) doesn't seem too butch these days himself. Here's a tip to all celebrities...for the next two weeks, try this..SHUT THE FUCK UP. Don't want to deal with John Mayer style backlash? Don't speak! Don't "Tweet" about your girlfriend problems (Lindsay Lohan honey I'm looking at you!)  I actually feel sorry for these kids in the Twilight films. They clearly know the films are B-A-D and that their fans are sorta-kinda insane. People simply screaming "EDWARD CULLEN LOVE ME" at Pattinson is creepy-as is a DVD release Robsessed. Clearly the money is nice and I'd take Summit for every pretty penny if I were these actors because they are typecast now and it's going to be a bitch to break that. So They seem in it to win it in that regard
more after the jump. 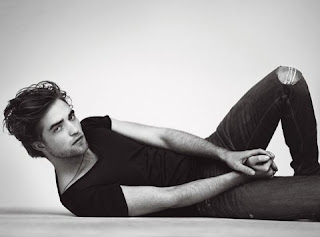 On the other hand I don't think these kids want to be in this series- Stewart and Pattinson clearly are uncomfortable with these crap fantasy-romance roles, both fare (arguably)  better work in understated character driven films, the Twilight saga has made them famous, but sometimes actors would rather act. How else can you explain the following quote from Details magazine regarding posing with a bevy of naked female models: 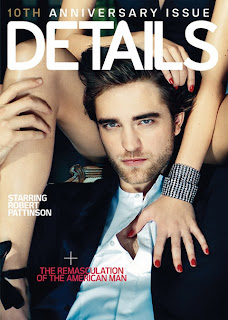 "I really hate vaginas. I'm allergic to vagina. But I can't say I had no idea, because it was a 12-hour shoot, so you kind of get the picture that these women are going to stay naked after, like, five or six hours. But I wasn't exactly prepared. I had no idea what to say to these girls. Thank God I was hungover."