Diggin' To China's picks for the Best films of 2009 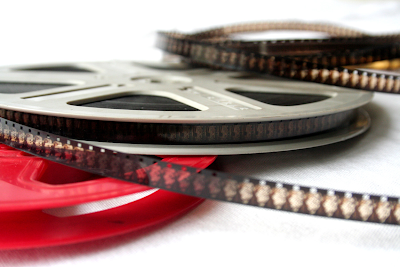 As a film critic and a filmmaker- I see ALOT of films- a few a day- seriously. and spring is the time when Hollywood applauds itself for being so supposedly progressive and successful.
Well it's almost oscar time- where we all will obsess over who wore what, who snubbed who and how/why Avatar (which I admit I enjoyed) won Best Picture (no it does not deserve it, but we all know it's going to happen)

So here is my personal list of the ten best films of 2009, there are some obvious overlaps but some differences with the Academy's choices, obviously.


In No order really: After the jump!

1.) Where The Wild Things Are (dir. Spike Jonez)

I think this is one of the most finely wrote films about the existential dread and heartbreak of childhood ever made. Truly stunning, original, heartbreaking, wild, and beautiful, like childhood itself. A labour of love that divided audiences but stole the heart of everyone I know. It's a truly exceptional work of art.

A truly controversial film that divided critics and audiences alike with it's tedium splashed with abhorrent violence and breathtaking beauty, Lars Von Trier rebounds from the slight and  comedic Boss of It All with this horrific tale of grief, obsession , pride and madness.  One of the few films of 2009 that kept me awake at night thinking. Charlotte Gainsbourg gives the performance of a lifetime.


3.) Precious: Based on the Novel Push by Saphire (dir. Lee Daniels)

Fashion icon durned film director Tom Ford adapts Christopher Isherwood's gorgeously melancholy novel A Single Man into one of this years-or any years- most moving films about love and grief. Colin Firth gives a career high performance as a grieving  english professor in 1963 Los Angeles. Every shot is a work of art, but this is not style over substance. This is the real deal of film making, an instant classic- and criminally overlooked by the Academy.

Fast dirty gritty grimy visceral gory- yes- But this was THE political allegory alien film of 2009. Avatar was "pretty" but this is the film that exposes the diseased heart of humanity in no uncertain terms.

I dare you not to cry. Up is a masterpiece of Pixar building on the success of such mature films like Ratatouille and WALL-E . Up is an intergenerational action adventure story of of and family that is one of the finest fantasy films ever made.

Wes Anderson FINALLY makes an animated film! Adapting Roald Dahl's masterpiece into his own creation- a stylized heist/escape film with classic stop-motion style Anderson finally has crafted a film as clever and moving as The Royal Tenebaums.

Tarintino's love letter to Jewish Women and German Cinema Inglourious Basterds* is a revisionist history, Jewish Revenge fantasy, and a damn good time!  Violent and violently witty, tense and divisive it's a brilliant work of post-modernity.

The slavishly faithful adaptation (until the final reel) of legendary genius/curmudgeon Allan Moore's genre defying/redefining work of literature/graphic novel was met with a curiously cold shoulder by many. It's very existence is impressive. Great performances all around and stylish stunning art direction.

Laika produced, Henry Selick (finally getting his dues) directed , based on the terrifying young adult novel by Neil Gaiman- combined prowess to create the stop-motion film of 2009!( Can you believe we had SOOO many animated films on this list?) Amazing, scary fun for the whole family. In 3D it was the first to subvert the convention  that Avatar would claim so groundbreaking , putting the audience in the film instead of tossing things at the audience.  Coraline Jones is a great role model for kids everywhere.
Posted by Andrew klaus-Vineyard at Saturday, February 27, 2010