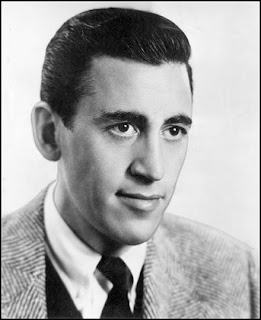 Author and infamous recluse J.D. Salinger has died of natural causes at the age of 91.   Salinger was the the author of 9 Stories, Franny and Zooey and of course one of the most famous novels of the 20th century The Cather in the Rye. It is impossible not express the monumental influence Holden Caulfield holds sway over generations of Americans.  I for one like countless teens before and since me read the novel and immediately identified with the protagonist's disaffection for the world around him, as well has he emotional instability and fears. It's one of those novels you read and reread again that grows with you.

I wanted to be Holden Caulfield, then I wanted to be with Holden Caulfield, I even went through aphasia were i just wanted to shake Holden and tell him to grow up, and now in my thirties I want to be Holden's father, hold him and tell him it's not as bad as it seems and that the world, messed up as it is, still has hope. - unlike Holden, we do grow up.
Posted by Andrew klaus-Vineyard at Thursday, January 28, 2010