Passenger tries to open door on DC to Vegas flight 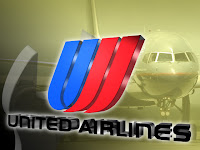 United Flight 233 from Washington D.C. to Las Vegas Nevada was diverted to Denver, Colorado after a passenger allegedly attempted to open the plane door mid-flight. Police met the plane at the gate in Denver and too the passenger into custody. This sort of thing is happening far too frequently in the wake of the Christmas Day terrorist bombing attempt and a week later a second Nigerian national grounded a flight from Amsterdam (the same flight as the Christmas attempt)  for questionable behavior. A flight from Portland, OR to Hawaii was recently forced to make an emergency landing and dump its fuel in the pacific ocean after an passenger left threatening comments on a comment card.  I have to say all this is not exactly making me want to fly anytime soon- it's a pain in the ass enough without these jerks.
Posted by Andrew klaus-Vineyard at Saturday, January 23, 2010

Good day, sun shines!
There have were times of hardship when I didn't know about opportunities of getting high yields on investments. I was a dump and downright stupid person.
I have never thought that there weren't any need in big initial investment.
Now, I feel good, I begin take up real income.
It gets down to choose a correct companion who utilizes your funds in a right way - that is incorporate it in real business, and shares the profit with me.

I enjoy how pertinent this anonymous comment is. And how literate it seems to be. Yay! Also, since comments apparently needn't relate in any way to the post: I miss Amy Winehouse. Did we get bored or did she get normal?