These Are A Few Of OUR Favorite Things : Diggin' To China's 25 favorite albums of 2009 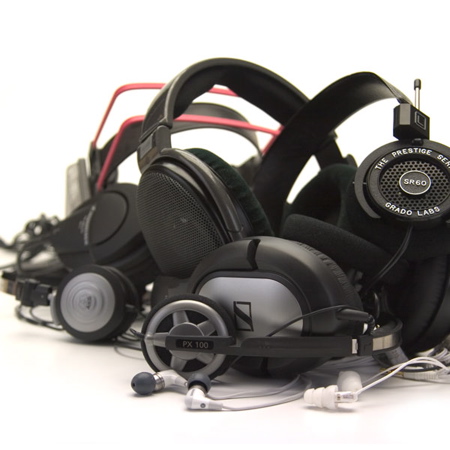 Having begun a career in music and songwriting originally at the tender age of sixteen only to morph and move over the arts my favorite part of each winter is going through the stacks and stacks of albums and deciding which were my favorites of the year, who did I discover new, who moved me, who surprised me-the less said about the disappointments the better. There are some no-brainers on this years list, artists so entrenched in my own artistic development that If they  failed to make the list THAT would be possibly more news worthy. This year seems to be a particularly diverse group, no one sound dominated my airwaves, other than an adventurous spirit.

in Alphabetical Order : Diggin' To China's favorite Records of 2009

00.) A is for Accident - Selfish
yes, I did out my  own band's proper debut/collection of tracks on the list as it was one of the most important records for me personally in 2009 and it has paved the way for our upcoming 2010 album The Good Prince, which is a far different creature.

01.) Antony and the Johnsons- The Crying Light
A religious experience!

03.) Bat for Lashes- Two Suns
Proving she has no sophomore slump in her Natasha Khan crafted a masterpiece of etherial  art-rock/pop

04.) Björk-Voltaic
One of two live albums on this years list, the pagan poet herself gave so many deluxe treats on the two cd/2dvd set of Voltaic covering her stunning tour in support of her aggressive and lustrous album Volta.

05.) Justin Bond - Pink Slip (ep)
In just four songs (and a Radiohead cover) cabaret superstar (Kiki and Herb, Shortbus) Justin Bond floors you all out. Class act all the way.

07.) Melody Gardot- My One and Only Thrill

By far the sexiest album of the year. So hot.

09.) The Gossip- Music for Men
Our friends Beth Ditto and Nathan Howdeshell along with bad-ass drummer Hannah Blilie kick ow the jams on this Rick Rubin produced dance-punk instant classic

10.)  Grizzly Bear- Veckatimest
Okay so yeah it's sorta queer hipster answer to Pet Sounds wether they admit it or not, it's also absolutely gorgeous.

11.) The Hidden Cameras- Origin:Orphan
Hands down a baroque pop masterpiece.

12.) Grace Jones- Hurricane
The  über-Fashionable force of nature returns ! Aged like a fine wine- this is classic Grace Jones for a new generation.

13.) Karen O and the Kids- Where the Wild Things Are (soundtrack)
THE perfect mix of childish brooding and adult delights as Yeah Yeah Yeah's front woman and a band of musicians and real life kids come together to score her beau's Spike Jonez painfully brilliant film adaptation of the beloved classic.

Everywhere you turn there she is -an unstoppable popmusic anomaly, a tour de force full time piece of performance art with impeccable pop production. Impossible to to love a toxic love song like Bad Romance

This Charming Man- now 50 continues  his sexed up comeback with his most raucous batch of well heeled literate tunes to date. Better and Better. He even got naked for a single cover this year.

17.) Yoko Ono and the Plastic Ono Band- Between My Head and the Sky

Yoko Ono finally comes of ages, meaning musically the rest of the world has caught up to where she was headed and was working all along. Her amazing new set rocks harder at age 76 than nearly any 20-something wannabe. Also Sean takes up his father's mantle on guitar/producing helping out his mom on this outing.

While making her most accessible album yet Peaches does something even more shocking than any of her explicit lyrics,  she makes herself genuinely vulnerable for the first time.

Proving the title is spot-on Sonic Youth follow up the  excellent rock set of Rather Ripped with the Eternal another solidly cooler than you set of art-rock compositions. The guitar record of the year.

20.) Sparklehorse and Danger Mouse- Dark Soul of the Night

A Rare and stunning work of genius and inspired collaborations.

21.) Barbra Streisand- Love is the Answer

I've avoided Barbra Streisand for years-I'm gay and Jewish-so it was inevitable and this collection of jazz greats is a intimate and stunning affair thanks to the stellar production from the equally amazing Diana Krall.

front runner for my favorite album title this year for it's absurdist truth (though nothing compared to last years BRILLIANTLY titled I Know You Are Married , But I Have Feelings Too by his sister Martha) This is the only other Live album on this year's list (Björk's Voltaic being the other) and the deluxe packaged a new documentary/concert film with the live album feature a set compiled of Release the Stars as well as many Judy Garland Classics.

A masterpiece. Hands dawn brilliants always. Gushing fandom here for the luscious queer balladeer Patrick Wolf on this rocking and aggressive set featuring Academy Award™ winner Tilda Swinton on a number of tracks. To be Followed  in early 2010 with part two- the Conqueror

Fierce agressive noisy art-rock at it's most difficultly finest.

Karen O and co get there dance groove on on this glitter covered rock record. AMAZING! The first four tracks are instant classics!