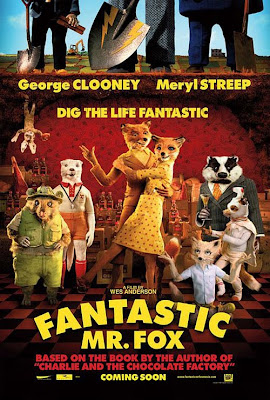 A while back -like nearly three years ago- a woman was telling me about her husband relocating to England to work on a stop-motion adaptation of the Roald Dahl book The Fantastic Mr. Fox which I was excited about as I'm a HUGE fan of stop-motion animation. Jump a head a few years and I discover it's The Fantastic Mr. Fox-by-way-of-Wes Anderson... oh delightful indeed!! Anderson underutilized the stop-motion mastery of the brilliant Henry Selick(Coraline, A Nightmare Before Christmas) in The Life Aquatic with Steve Zizou and now turns in a fully animated but no less distinctively stylish film adaptation of a beloved classic. Lovingly handmade with all the jerky wonderment of British stop-motion of the 1960s. 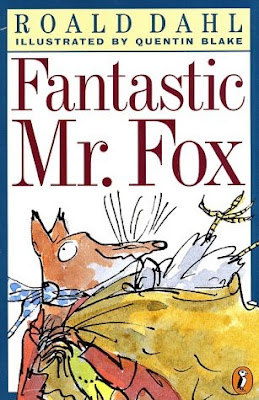 My friend Sarah chastised me recently for not posting about The Fantastic Mr. Fox as we both obsess over stop-motion...I was shocked- how had I forgotten to...I thought I had- my mistake!
It's also proof once and for all George Clooney is a fox (pardon the easy joke. It was too good not to take)