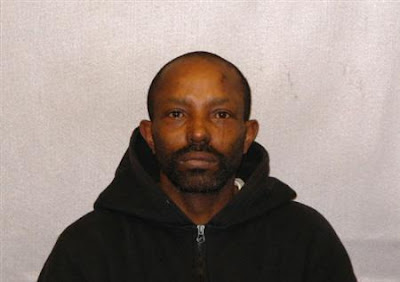 Cleveland, OH sociopath Anthony Sowell, a convicted rapist who served fifteen years for the rape of a pregnant woman was released for prison in 2005. The neighbors avoided Sowell and the neighborhood soon began experiencing "the stench of death" a wafting reeking odor of rotting flesh that was blamed on a local sausage shop located next door to Sowell's home. After numerous repairs to the property did nothing to alleviate the odor, locals started looking elsewhere. Five victims are said to be African -American women, who were strangled.
This weekend Anthony Sowell was arrested on rape charges. When the police entered his property they found found two dead bodies upstairs and four out back, six more elsewhere and a possible eleventh victim with a severed head discovered in a pail. More victims are possible as the authorities excavate the property dismantling Sowell's house of horrors.
Posted by Andrew klaus-Vineyard at Tuesday, November 03, 2009