Where The Wild Things Are- Soundtrack 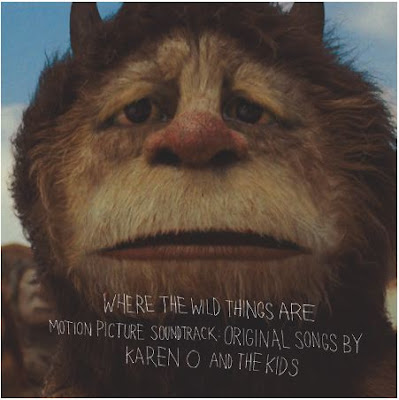 So I've been compiling my very eclectic best of the year list and who knew a soundtrack would make such a big impression on me that I'd feel compelled to add it to the list of contenders. Well Karen O (of the Yeah Yeah Yeahs) has out done herself making the most rocking Original children's album ever or the most child-like rock album...I'm not sure which, nor if it matters . With additional score work from the esteemed Carter Burwell and a gaggle of spirited kids the album is an odd, endearing stunningly gorgeous work that stands on it's own as one of the best records of the year regardless of it's movie tie-in status. The songs bleed anxiety and loneliness and spit the joys and exuberance of childhood. It's confusing and scary and fun and exciting all at once. Where The Wild Things Are is already proclaimed a Masterpiece of a film, by even the highest of art critics, Film Comment practically wrote a love letter to it. The soundtrack is amazing plain and simple go get it, listen to it full blast with a child you love, or the inner child in you-It's not really a kid's record, which makes it even better for kids, it doesn't for a split second talk down to them. You shouldn't either!