Oh Fuck you, Joe Solmonese AND the HRC 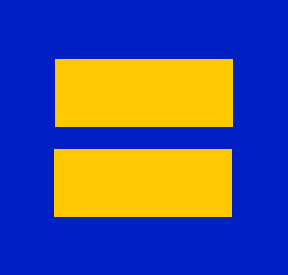 Wow, I never thought I'd really write an Oh Fuck You to the Human Rights Campaign. Actually I'm not sure why I'm surprised though as I stopped donating money years ago due to their mishandling of rights initiatives and total lack of interests in advancing gay rights (THEIR JOB) in favor of making money for themselves. Joe Solmonese makes $338,400* a year at HRC to advocate for equality for LGBT Americans. HRC has a 30 Million dollar budget. This weekend on the cusp of the Marriage Equality March on Washington D.C. Joe Solmonese let his and HRC's true agenda show, making money for themselves at the cost of the LGBT community. This is unacceptable. Don't belive me? Joe asks the LGBT comunnities of America to stop being so hard on President Obama and wait for a chance for our rights until 2017... WHAT? 2017? Assuming Obama even gets a second term why should gays and lesbians wait for our rightsuntil nearly the end of his supposed second term? Read the full Mind blowing email below :

Sometimes life moves so quickly that you can forget how much is changing around you. But this weekend we will have a powerful reminder: President Obama's appearance at HRC's national dinner. His joining us that night says that although last year, we were outsiders to our own government, this year, we are a part of its vision.

It shouldn't be difficult to see why the president of the United States speaking to the nation's largest LGBT rights group is a good development for LGBT people. But at this point in time, it is hard for many among us to see. The substance of the feeling is this: he promised us the world, and we gave everything we had to elect him. But what has he done?
I've written that we have actually covered a good deal of ground so far. But I'm not going to trot out those advances right now because I have something more relevant to say: It's not January 19, 2017.

More importantly: today, and for the next seven years and three months, Barack Obama is the most powerful person in the world, with the largest bully pulpit, and the most power to effect change. To do the work, we hav e to work with our supporters in Congress and with the Administration. Whatever you think of the Administration's first nine months, you don't pass laws by sitting out. You pass laws by sitting at the table.

And you don't get to the table at the expense of your principles. You don't get the President's ear at the expense of your expectations. In June I wrote a letter to President Obama describing HRC's disagreement with his decision to defend DOMA in federal court, and with the offensive and inaccurate arguments the government put forth. It's hard to read such a letter—a public one—from an ally.

But when the President signed a memorandum providing family protections and an inclusive non-discrimination policy for federal employees—policies for which HRC and our sister organizations had advocated—I was proud to be present. Our disagreement about DOMA did not require me to ignore a step forward for transgender federal workers and for same-sex partners. In turn, the President invited me because he recognized HRC's accomplishments in promoting those fair policies, and because he would not exclude a civil rights advocate for speaking up about our community's rights.

Those protections were a good first step. Passing the hate crimes law is a monumental one. I continue to believe that with this president, we will do much more. As we prepare to dedicate HRC's Edward Kennedy award, I know that this president shares his mentor's commitment to promoting justice for LGBT people.

I predict great things coming out of our work with this President, but that does not mean that I am satisfied today. Our community cannot be satisfied so long as DOMA is on the books and an inclusive ENDA is not. This is something we share with all those who advocate for civil rights. No civil rights advocate can be satisfied as long as there are children who eat their only meals in their failing schools each day. No civil rights advocate should be satisfied until all of us have health care and no one has to declare bankruptcy because of a hospital bill. We are not satisfied until this country keeps its promise to everyone.

Advocates for health care, education, LGBT rights and other civil rights issues are getting used to this new landscape, where passing our legislation is possible, but still hard. We've learned that end of life counseling can be twisted into "death panels" and hate crimes into "pedophile protection." We've come to understand that we didn't win it all in November but that we can win now.
I am sure of this: on January 19, 2017, I will look back on the President's address to my community as an affirmation of his pledge to be our ally. I will remember it as the day when we all stood together and committed to finish what Senator Kennedy called our unfinished business. And I am sure of this: on January 19, 2017, I will also look back on many other victories that President Barack Obama made possible.

Joe Solmonese
President, Human Rights Campaign
PS: C-Span will cover President Obama's address live. Tune in on Saturday night at 7:55 p.m.And if you are travelling to DC to participate in the National Equality March, click here for details about the resources HRC will be providing, including the tools you need to become a citizen lobbyist, advocating for all of the rights that you came to march for.

Oh I agree! He just wants 7 more years of that salary in his fashionable pockets. I hate them so fucking much. They totally dropped the ball on Prop 8 in California they were too busy posing at Photo ops with Obama instead of ensuring work gets done to protect families from discrimination.

I've despised the HRC ever since they supported lukewarm-GLBT-supporting repubs over more fully supportive democrats. (I'm thinking in particular of Gordon Smith vs. Bill Bradbury in Oregon, 2002.)

There may be some logic to their political strategy, but it's also a narrow-minded, insular view that ignores the connections between GLBT interests and those of other groups.

And I'm annoyed to see their f5g yellow-on-blue equal sign as a putative GLBT symbol.