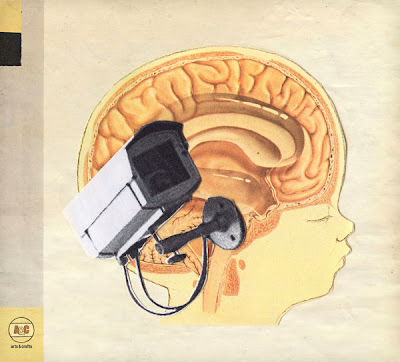 Joel Gibb and Co have made one of the best records of the year, arguably the best of their very impressive career. The Hidden Camera follow up to the more experimental Awoo is darker, more lush, and more complex affair. Beginning with the operatic bombast of "Ratify the New" the album shows off a fresher sound and clearer technical recording than on previous efforts. It's still the same hokey charming singalong Hidden Cameras, they are still occasionally smutty (less than on their revolutionary Ecce Homo, The Smell of Our Own,and Mississauga God Damn) but Origin:Orphan is also surprisingly emotional (the transcendent chorus of the lead single "In the NA" for example or the tear jerker "Silence Can Be A Headline") The album has touches of their trademark self -described gay church folk, doo-wop, experimental rock, baroque pop and some of the loveliest arrangements I've heard in sometime. Origin:Orphan is also a surprisingly great album to make out (among other things to). "Do I Belong?" percolates with a Talking Heads-esque quirkiness before giving way to the baroque splendor of "Walk On", perhaps the most cinematic song in their illustrious canon of songwriting. The opening string/brass arrangements of "Walk On" are jarring and dark and passionately emotive.
Oddly enough the record does not suffer from the lack of explicit sexual references one has come to expect from the Hidden Cameras. In keeping with Awoo,they are in fewer amounts but the over all quality of the record is as high if not higher than anything they have done in the past. Perhaps it's just maturation, as how many songs can you really write about golden showers? "If you are not a punk at 20 there is something wrong with you, if you are a punk at 30 there is something wrong with you" as the saying goes and Origin:Orphan shows Joel is just fine, crafting an album that will sound just as fresh a decade from now.