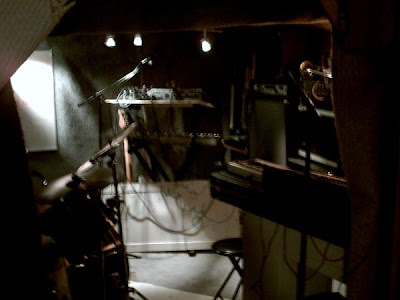 Check out the Portland, Oregon based band, Be A Sound ! It's an eclectic mix of rock/punk/electronica/and lo-fi garage- and that description doesn't really do justice, imagine the Faint playing in your basement before they got so damn fashionable (i.e. Blank-Wave Arcade era) I think we could hear really great things from these guys in the future. It's nice seeing someone do something different in a sometimes homogenized local scene.
Recommended for fans of The Faint, Ratatat, Satisfact, (and oddly enough) Neutral Milk Hotel.
http://www.myspace.com/beasound
Posted by Andrew klaus-Vineyard at Sunday, October 18, 2009