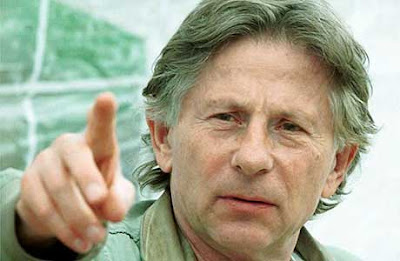 76 year old cinematic auteur Roman Polanski (The Pianist, Rosemary's Baby) was invited to receive a life time acheivement award at the Zurich film festival this week. Polanski who holds a french passport crossed over into Switzerland and was detained on a outstanding 1978 AMERICAN arrest warrant. This stems from charges that he had sex in 1977 with a then 13 year old girl , who herself as an adult has petitioned for decades for the charges to be dropped against Polanski. Polanski at the time of the incident was a grieving widower suffering from traumatic depression following the brutal murder of his pregnant wife, actress Sharon Tate by members of The Manson Family.
Today's arrest has brought a flurry of international outrage in Polanski's defense. French president Nicholas Sarkozy and his cultural minister Frederic Mitterrand were stunned by the news and have called for his swift release. Roman Polanski makes frequent trips to the (supposedly neutral) country of Switzerland and owns a home in the swiss city of Gstaad.
Posted by Andrew klaus-Vineyard at Sunday, September 27, 2009

Um...rape is still rape. The woman that Polanski raped when she was 13 has asked that he be left alone because she did not want to have to dig up painful feelings that have taken her years to get over.

He even admitted guilt during his initial trial (before fleeing the country).

To bring this all up again for her probably means that she has to undo having "moved on" by testifying against him.

Oh, and as a postscript, if he becomes an exception to the rule because of his professional stature then other exceptions will be demanded by others based on their reputation within a community. (Think of these exceptions being applied to abusive clergy, the charitable teacher, etc....exceptions can't be noted this way for a reason).

Oh I agree. But I also feel there is a bit of extenuating circumstances that should have been addressed at the time but since it was so long ago (31 years) it's hard to quantify their validity. I don't think Polanski was in his right mind at the time, fueled by drugs, booze and grief of Sharon Tate's murder and that of hsi child he made a HUGE unforgivable mistake. I think he should have served some time in a psychiatric facility rather than jail . I mean you know me-I'll never advocate for a rapist-ever. I just think he needed mental health professionals back then.