An open Letter to Jasun Wurster 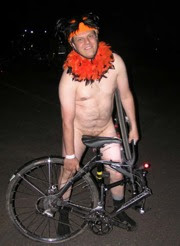 Jasun,
Thanks for reading Diggin' to China and for your thoughtful comment on our recent post about Portland Mayor Sam Adams. We hope you continue to enjoy our arts and culture coverage in the future. We completely respect people's differences of opinions, which you and I have here on the actions of Mayor Adams. I'd be more than happy to look over any substantiated evidence you can provide to the claims of physical violence by Adams supporters barring the odd local nut job who scribbled over a recent petition. That was a truly disrespectful and undemocratic moment and a shame. I would like to think despite our differing opinions that your intentions are based in a noble effort for better government and a better society. I would like bring to your attention however the fiercely homophobic language many of your supports use. Look at any comment board on local news sites and people claiming to be part of your organization and your group repeatedly discuss the homosexual agenda, refer to Sam as a pedophile and generally speak of Portland as a bastion of the degenerate freaks for electing a fag. This is not simply hyperbole, these are the words of your followers. Your supporters brag about how glad they are they live in Beaverton , Lake Oswego and Vancouver Washington, (in other words-places that do not vote on city issues) . Whether or not you claim to be homophobic much of the language used in your name by your group says quite otherwise. It is the institutionalization of the acceptance of homophobia, especially against men that led to this scandal in the first place. I agree that Sam Adams should not have lied about having a brief (and unfortunate) relationship with Beau Breedlove five years ago. However he's apologized, no laws were broken. Lets move on-no?
What you and your group fail to grasp is that the question should not have been asked in the first place, and would not had Sam been a heterosexual man. He was just out of long term relationship and went through a series of rebound relationships- like many of us -gay straight male , female or in-between have done. Heartache is quite the aphrodisiac. It's the homophobic stereotype of the lecherous pedophile that fueled this. Beau Breedlove was an adult, and by all accounts quite manipulative at that. I'm not going to fight Mayor Adam's battle for him, that's his place, but what I will stand up for is the hypocrisy and reverent promotion of disinformation and homophobia that this scandal has unleashed on not just Sam, but all of the gay community-whether they support Mayor Adams or not. If a straight man gets divorced and hooks up with some hot young thing she's a trophy - why is that Sam a newly single gay man gets to be painted a pedophile and a corrupter of youth (on that personal note I assure at eighteen I needed no corruption from an older man, I was quite capable all on my own). Your supporters bandy about terms without concern for their heinous, illogical and disgusting consequences and for that even though you yourself may not have been the originator, I hold you responsible. As a self-appointed public figure you lay yourself complicit with the words and actions of those who follow your rhetoric. It's a razor's edge between the righteous and the rebel-rousers Mister Wurster.
Best wishes on future endeavors,
Andrew Klaus
Diggin' to china
Posted by Andrew klaus-Vineyard at Thursday, September 17, 2009

Talk about self righteous...

Anyhow, how are you going to hold me responsible for providing Portland with one of the most positive campaigns we have ever experienced?

Right... post a picture of me that you think embarrasses me (I am very proud of that photo and the story behind it).

Really... write some things about me on the Internet that will be forever Googleable?

I don't think he posted that pic to embarrass you jasun. it's just the first one to come up when your name is googled. I know, I looked. Positive campaign? Are you kidding me? Dude, this whole this whole is pointless. Is this what you see as progress for out city? How about trying to get some people a freakin job!! how about campaigning for sex education to reduce teen pregnancy? How about campaigning for a better system than measure 11? what is it you actually do?

Please pardon my saying so but I'm not quite sure you're completely well informed here. I sincerely doubt that more than a small handful of Jasun's supporters have much of anything to do with my site ("Portland Sucks") whatsoever as the majority of our readers and listeners are actually Sam Adams supporters. Where you got the idea that this wasn't the case is completely beyond me.

It would appear that you read an article that I posted about having a lot of respect for Jasun's resilience and persistence, which I still do, however, it would be incredibly short-sighted to assume that a respected work ethic automatically means a shared political ideology.

I would agree with you that a very large number of recall supporters would appear to be homophobes or crackpots of some variety – that's something that I pointed out to Jasun ages ago – and I do believe that those individuals have clouded the entire process and made Jasun's life quite a bit more difficult.

As for myself, I attended multiple support rallies for Adams early this year at city hall and have been endlessly attacked by quite a few recall supporters throughout the past many months. Where that makes me or my readers a bunch of anti-gay Adams-haters is beyond me. Further, I've never felt the need to hold Jasun accountable for any of the crap I've had to hear from some of the crackpots out there, not even once. One head case in particular, Rondine Ghiselline, gave me grief for months because of my support for Adams last winter, to the point of visiting my site WAY too many times (we're talking stalker-like behavior here). Do I blame Jasun? Hell no.

Stating that I admire someones commitment means just that - I admire his commitment. I so sick of this black or white, left or right, love or hate bullshit. If you're going to pigeonhole anyone as an Adams hater, please at least get the facts correct, otherwise you just come off like a jackass. Based on the rest of your blog it would seem that your values and mine are actually quite similar, it's a shame you're blinded by one lousy blog post.

I've removed the reference to your site and apologize for that mistake Robert. As for holding Jasun accountable when you gather together a group of people you do sadly become somewhat responsible for things done in the name of the organization and it's said person's place to reign in or distance themselves from the crazies. I agree Jasun seems to have a wonderful work ethic, something that i do admire in a person and I do not envy his position dealing wit the fanatics. I just take issue with his repeated calling this one of the most positive campaigns Portland has ever experienced. It's been ugly mudslinging from day one- on both sides. I think teen pregnancy rates, Public Transit, police misconduct, education- housing green energy conversion These would be far more positive campaigns to involve oneself in. Those are changes that will be long lasting-for generation s of Oregonians to come. I'd love Jasun to put his tenacity and spirit behind health care reform and education reform. Ultimately the mayor's office is a job- one that is temporary no matter what the recall out come- but education -now that's worth kicking up a fuss for Portlanders.