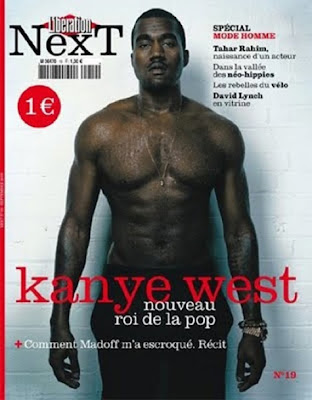 I really really really really really dislike Kanye West. Everything he says and does reeks of disingenuous posturing. He's "hit" song about how original he is was "rapped" or rather mumbled over the instrumental track by the truly brilliant and innovative Daft Punk.
At this weeks MTV Music Video Awards young country-pop singer Taylor Swift won best female video beating out Beyoncé (Full disclosure- I don't give a rat's ass about the VMA or Beyoncé) but apparently Kanye West felt it necessary to leap on stage snatch the microphone from miss Swift interrupt her acceptance speech to proclaim Beyoncé should have won as she had one of the best videos of all time. Oh fuck you, Kanye West. The crowd booed him and the traumatized Taylor Swift clutched her award horrified to unwittingly be at the center of a senselessly embarrassing publicity stunt for the lagging sales of the repugnant Kanye, which of course was televised.


Beyoncé later won top honors for video of the year (Single ladies) in moment of compassion/ let me distance my ass from that jackass called Taylor Swift onstage and gave Taylor the chance to give her speech and have her moment in the spotlight . Okay fine- damn it, I really love Beyoncé for that.