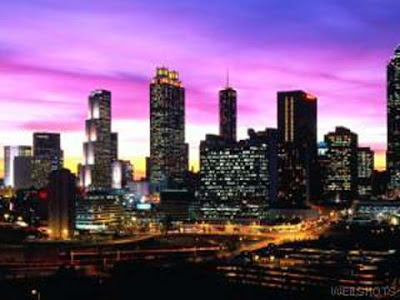 Well Hello there 1968. Police raids on gay bars like the one in Fort Worth, TX and now in Atlanta, GA (my home state) are becoming increasingly common making a terrifying backwards shift in the cultural paradigm. The Atlanta PD raided the ATL Eagle a gay leather bar (associated to Eagle's nation wide)

"About ten police cars and about 15 cops raided the bar, allegedly looking for drugs. However, the police were said to have ordered all patrons to get on the ground--including patrons who were just dancing or standing at the bar--and numerous patrons said people were handcuffed indiscriminately. Bar patrons were furious at the aggressive and indiscriminate treatment and called the incident 'harassment.' Patrons also stated that at least three undercover cops were present. One patron stated he knew this because he saw the undercover police first without their badges, mingling with the crowds, and then again with their badges on...According to one patron, APD handcuffed all Eagle staff members and dancers, patrons in a leather shop, and anyone who was wearing only underwear; Thursday is advertised as underwear night."