The fact they are cool enough for Justin Bond (Kiki and Herb, Shortbus) to write their blurb tells you that Portland is in for a treat! The Milagro Theater is proudly hosting three stellar solo shows under one banner Friday August 7th 2009 at 8:00 pm! 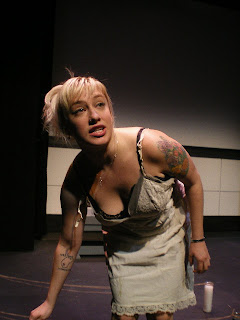 Performance artist Heather M. Ács' brilliantly titled "what the brain forgets and the heart denies, the body remembers…" explores death, grief, sexual and ethnic identity in a multimedia performance sure to stun and enthrall.

"... time and testimonies loop and break apart, sparrows descend, tortillas and tears sizzle on the comal, a river flows with dirt and glitter, and 60s girl groups croon cotton candy lyrics while dust gathers in an empty house. " 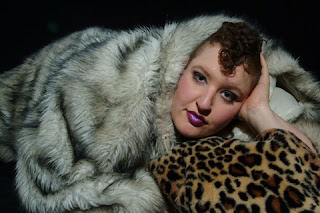 with our bodies, both past and present. Marla has been called a downtown prophet, and an obese transvestite in tights" who's work has been marveled as performance art that pushes the envelope without pushing the audience away. Glenn Marla in this dark and hilarious work dares to ask important questions like:

"Have you ever wanted to fuck your therapist at age 14 because she loved you more than you ever could? How many years have you spent trying to break up with your body?"

And in Thank You For Being Urgent punk rock transman icon Silas Howard explores the American Dream, punk rockers, trans men outsiders, burlesque dancers with dementia and more . Silas bio itself reads like a introduction to the piece, an amazing and riveting fantasia of self-reliance, perseverance and chance. 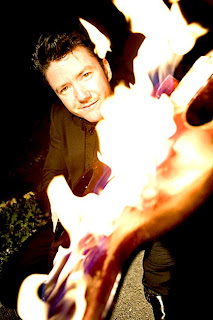 "Silas Howard, (writer, director, and musician), co-directed his first feature, By Hook Or By Crook, with Harry Dodge. The indie classic was a 2002 Sundance Film Festival premiere and five-time Best Feature winner. Silas Howard's next film, Exactly Like You, (co-written with Nina Landey), is based on the life of Billy Tipton. Howard's short documentary, What I Love About Dying also premiered at the 2006 Sundance Film Festival.
For eight years, Howard toured with his band Tribe 8, the notorious queer punk band (a band boycotted by republicans and women at Michigan womyn's music festival). The band has been featured in Rolling Stone, The Village Voice, and The Los Angeles Times. You can check out Howard's music videos, short musical and documentaries which have aired on MTV and LOGO networks and at Disneyland, Anaheim (weird, yet true). Howard's writing is also featured in the anthologies, "Without a Net: Growing Up WorkingClass" and "Live Through This ," as well as the artists' journal, "LTTR." Currently Silas is working on a novel set in San Francisco's mid-90's homocore scene"

I urge Everyone to come out for this one night performance direct from NYC (you know the big city!) If you miss this you will REGRET IT FOR EVER! and I will be posting a post show interview with all three artists just to rub it in your faces just what great theater art you missed!