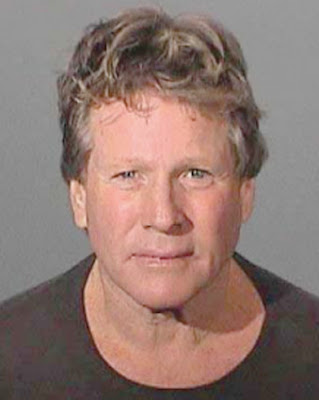 Ryan O'Neal is such a fucking mess that he actually made a pass at his own daughter Acadamy Award winning actress Tatum O'Neal at the funeral for his long-time on-again-off again love Farrah Fawcett, gag.
Check this selection from Vanity Fair.

Recalling Fawcett's funeral, O'Neal says, "I had just put the casket in the hearse and I was watching it drive away when a beautiful blonde woman comes up and embraces me. I said to her, 'You have a drink on you? You have a car?' She said, 'Daddy, it's me — Tatum!' I was just trying to be funny with a strange Swedish woman, and it's my daughter. It's so sick."

"That's our relationship in a nutshell," Tatum says when asked about the incident. "You make of it what you will. It had been a few years since we'd seen each other, and he was always a ladies' man, a bon vivant."