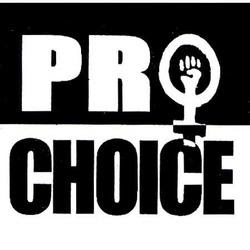 Okay you wack-ass honkies. enough is enough. There are sooo many things wrong with the following clip . I'm all for a difference of opinion in political discourse, I'm all for debate and even protest. but this is so tacky and racist that I sorta don't know what to do with it. It's a middle aged white guy in a Obama Mask whipping white elderly folks with walkers as they shout gems Like:

There are genuinely bright civilized no whoppty ding dong nuts people out there who oppose Obama's heath care reform policies, I respect that, but this is so offensive and ignorant it makes those well meaning dissenters look bad as well. As if you are like this (racist deranged attention seeking fear mongers) if you disagree with Obama's policy... And that's no good either. We need both sides to discuss things civilly. This sickens me. I'm so damn sick of the multiple times divorced white guys telling women what they can and can't do with their bodies. These guys (and usually their wives too) want to block abortion, sex-ed and access to fact based information/education to teens, and adults. They even try to block pharmacies from filling prescriptions for a patient based on their beliefs. This is a slippery slope folks.
Just ask those who actually survived the holocaust. Anti-Obama protesters keep comparing health care reform to Nazi policies, which is a ridiculous and sickening comparison, at the same time many pro-lifers are leaping into the health care reform debate to push their own agenda which is frighteningly eugenic and religion based and has absolutely no place in legal policy. We are a democracy not a theocracy, and certainly not a dictatorship.
Posted by Andrew klaus-Vineyard at Saturday, August 29, 2009

This is EXACTLY the kind of b.s. I was talking to you about! Only the racist, insane, misinformed, prejudiced, frothing-at-the-mouth conservative-fuck-twats get press when "debating" their "points" against Obama's health care reform. I feel so marginalized by this garbage as the minority, sane-I-voted-for-Obama-and-am-relatively-intelligent-but-am-not-in-favor-of-Obama's-health-care-reform-package-because-I-have-stood-in-too-many-DSS-lines-in-my-life-already-to-have-blind-faith. Seriously, I hope that others like myself who want to have an honest conversation with the powers that be against the coming mandatory insurance clause will come out of the woodwork and shut these idiot fuckers up!