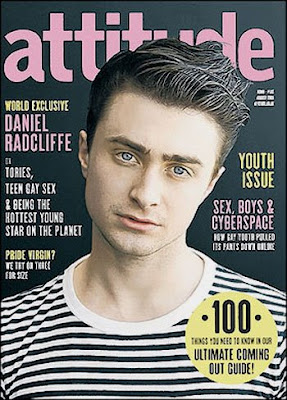 "I just loathe homophobia. It's just disgusting and animal and stupid and it's just thick people who can't get their heads around it and are just scared."

"I grew up around gay people entirely. I was the only child in my class who had any experience of homosexuality or anything like that."