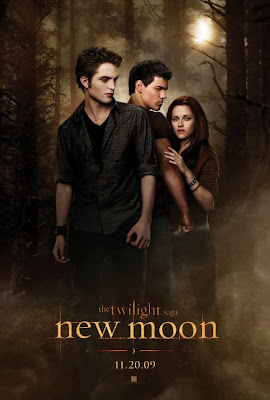 So Jon and Paul of the esteemed Gaycondo and my hubby Taylor and I frequently have double date nights and one such adventure took us last minute to the Laurelhurst second run theatre for a few beers and to see Twilight, which we've both blogged about her and on Gaycondo as we were shocked at how bad the movie was (it's truly worse than we imagined it was going to be and we had low to no expectations) the entire audience was howling laughing through out -case in point Peter Facinelli's first appearance sent everyone into stitches at his bad makeup job, it looked like he had been assaulted with a powder puff
Here come another camp classic!


Wow! Check out the roided up body on oooh-so-gay jailbait Taylor Lautner who plays werewolf (and implausible hetro ) Jacob Black. Thankfully they have taken away the Cher wig he wore in the first film -seriously he could not stop playing with his hair! It was sooo distracting/faggy.
Can't wait to se this on second run. I need a drink already.
Posted by Andrew klaus-Vineyard at Tuesday, June 02, 2009