A is for Accident- ne me quitte pas 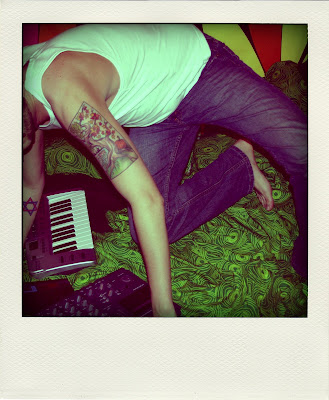 A is for Accident, my music project is currently recording a new album The Good Prince due out this fall.  I decided to add a cover for the first time, Jacques Brel's classic Ne Me Quitte Pas (made legendary by Nina Simone) radically reworked into the style of A is for Accident. By no means can I hold a candle to the great torch singers but I think this version fits nicely within the frame work of The Good Prince which has a narrative arch much like a musical. In fact there is some discussion of making a stage/film version of the album as a musical.
The Good Prince is a fairly big departure from Selfish, for one- Selfish was recorded in fits and starts (it's one time title) over four years and culled from more than 50 songs where The Good Prince was envisioned as a concept album based on literature, fairy tales and myths that tied together tell one story. For another we're rapidly recording and hope to have the album out in the fall, which is very exciting and stressful as we're just getting started promoting Selfish which was released on April 10, 2009

Ne Me Quitte Pas - A is for Accident
Posted by Andrew klaus-Vineyard at Thursday, June 11, 2009

Email ThisBlogThis!Share to TwitterShare to FacebookShare to Pinterest
Labels: A is For Accident, queer music, rock music, Rock Review, Selfish, The Good Prince