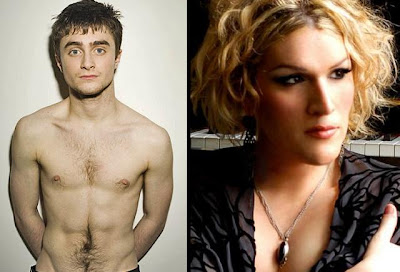 So I've heard this more than a few times but since moving to New York for Equus (which was totally snubbed by the Tony awards last night-shame on you) and away from the London flat he shared with his much older male "dresser" friend from the Harry Potter films Daniel Radcliffe has been getting cozy with a new crowd. After saying in Details magazine he'd love to play a drag queen he's been seen nearly nightly with  a new posse of drag stars and rock and rollers in New York. It seems he and "gender illusionist" Our Lady J (who is fucking fabulous and I love!) have been seen going to dinner  quite often and cozy just the two. I say- no controversy here actually. We all assume/know Dan is gay so more power to him if he's finding love in the Big Apple . He's apparently had Our Lady J come visit the set of Harry Potter and the Deathly Hollows in Scotland so perhaps after the two-part finale opens we can see a more grown up Daniel back on this side of the Pond with his transsexual lady love. 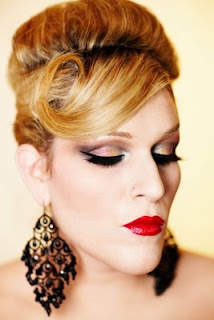 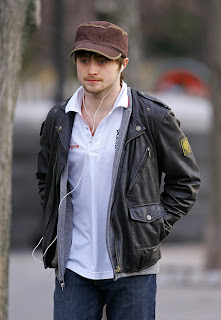 Dan seems to go for slightly older lovers-which is probably a good thing given boys his age are well- not my taste either though I'd certainly not kick Radcliffe out of bed- well unless my husband two cats and a dog needed the room, but you know what I mean.
Posted by Andrew klaus-Vineyard at Monday, June 08, 2009