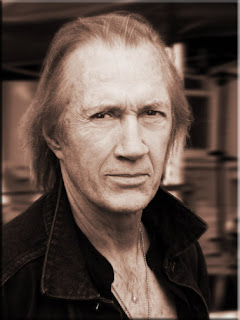 Conflicting reports are coming out of Bangkok, Thailand that Hollywood legend (and B-movie star ) David Carradine (72) was found half-naked in his hotel room  dead from an apparent hanging. So reports are claiming suicide while others say a possible homicide. An investigation is underway . Our thoughts go out to Carradine's family.
Carradine is best know for his lead role on television's Kung -Fu and more recently his villainous star turn in director Quentin Tarantino's revenge epic Kill Bill for which he was nominated for the Golden Globe for Best Actor.
Posted by Andrew klaus-Vineyard at Thursday, June 04, 2009