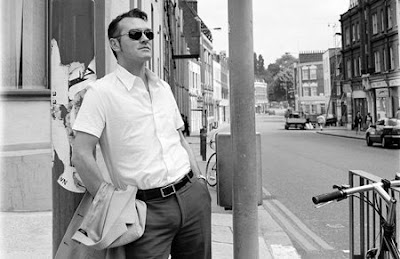 Morrissey is re-releasing trumped up new versions of his 90s (flops) albums Maladjusted (which I happen to really like) and Southpaw Grammar. each comes deluxe, packed to the gills with besides and more. Maladjusted alone gets 2 songs removed and 6 new ones added! This comes hot on the heels of his third "comeback" record and all its glowing reviews, The Years of Refusal. The just shy of 50 crooner is sexier than ever and rocking harder than I've seen before on his new tour. Kudos to you Moz!
Listen to the tracks below!

Morrissey -Maladjusted
Posted by Andrew klaus-Vineyard at Tuesday, May 19, 2009