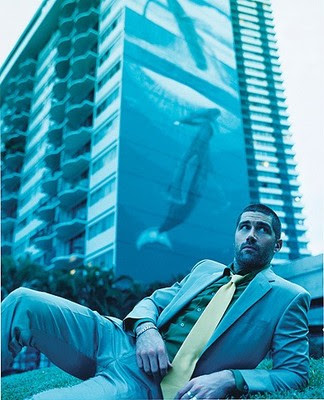 Matthew Fox has grown from the somewhat interesting Charlie on Fox's Party of Five to stud muffin Jack on LOST over on ABC (whom I still have not forgiven for canceling Pushing Daisies) along the way he also did a turn as Racer X in the totally underrated pop-art extravaganza that was Speed Racer (in which he fights ninjas in his underwear!) I have never really wanted to be Jimmy Kimmel but this would be a good reason to be, showering with Matthew Fox (though Sarah Silverman as your on-again-off-again Girlfriend would be a close second).
I'm totally posted this for my best mate Matthew Kern who is currently obsessively watching all of LOST on DVD and texting me thoughts through out.
Posted by Andrew klaus-Vineyard at Thursday, May 14, 2009