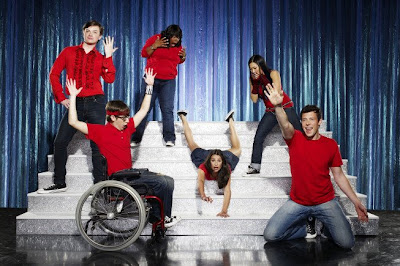 For those of you living under a rock, Ryan Murphy the man behind the absurdly watch-able and naughty Nip/Tuck  has created a show of genius proportions- GLEE for FOX (which is a bad idea actually as Fox will cancel anything that seems remotely intelligent i.e. Firefly, Terminator: the Sarah Connor Chronicles)  Glee follows the trials and tribulations of a Ohio Glee club led by their embattled optimist (and totally adorably hunky ) teacher played by Broadway veteran Matthew Morrison (check out his turn at Broadway Bares below). The show has  a brilliant cast of (soon to be stars) new comers along with Jane Lynch as a vicious lesbian cheer leading coach, a play at maximum volume soundtrack of Journey and Amy Winehouse and sharp biting dialogue and a gayest sense of irreverence this side of Ugly Betty.
If you missed the premiere you have plenty of time to catch up as the second episode doesn't air until this FALL!!!!! but you should watch it now anyway.
Watch it now!!! Here 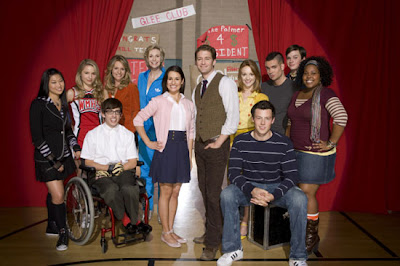 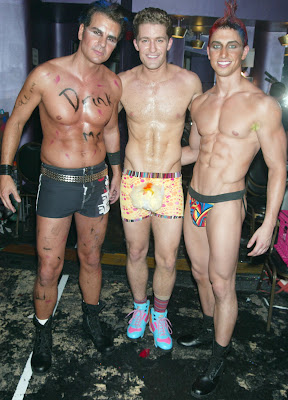 Matthew Morrison (center) 2008
I wish I had a teacher with ab's  like that, oh the things I would have done for extra credit.
Posted by Andrew klaus-Vineyard at Wednesday, May 20, 2009