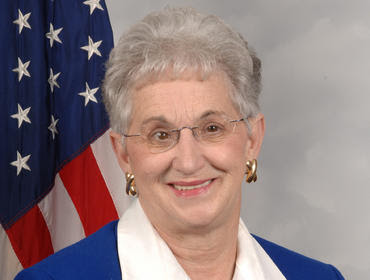 The Republican congresswoman Virginia Foxx from my former adopted home state of North Carolina yesterday on the House floor stated the unthinkable, that Matthew Sheppard was not the victim of a hate crime. She went so far as to say it was simply an unfortunate case of robbery and that the media perpetrated a "hoax" to trump up the gay agenda.
Foxx made these inflammatory comments while debating the Federal Anti-discrimination Act (commonly known as the Matthew Sheppard Act) which would add gender expression and sexual orientation to federal hate-crimes protection.

Sheppard was beaten unconscious partial stripped and left crucified to a fence in the frigid Wyoming night outside Laramie in 1998 he died a few days later in ICU. His mother Judy Sheppard has become a iconic figure in the struggle for equality in America and the very public face of those left to survive the violence of bigotry. The incident became a rally cray for the national LGBT movement in this country and abroad.
I'm not going to get all hyperbolic an decry Rep. Foxx as the face of evil, rather I'd like to point out the high level of social unawareness and pious, willful ignorance that exists in this country, even in higher levels of government where we suppose those elected are , well, educated enough to make an informed decision. Foxx would later quote a 20/20 interview as the basis for her statements...
Let's Give North Carolina Congresswoman Virginia Foxx a call and let her know what we think of the job she is doing eh?
Phone: (202) 225-2071
Phone: (336) 778-0211
Phone: (828) 265-0240
(courtesy of Americablog)
These egregious statements follow on the heal of former D.C. Mayor (and convicted crack cocaine addict) Marion Barry declaring himself the "Moral Leader" for an anti-gay marriage rally in the District of Columbia.
Yes, and I'm the Queen of Brazil.
Posted by Andrew klaus-Vineyard at Thursday, April 30, 2009

I read somewhere that Sheppard's mother was sitting right there when Foxx denied that his death was the result of homophobia.

How does this woman sleep at night? I'm convinced that she must be a robot because what human being would act in such a socially/emotionally irresponsible manner?